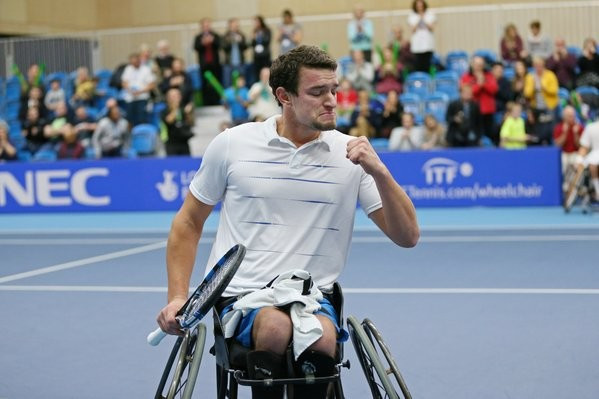 Gerard's doubles partner Stefan Olsson from Sweden is expected to be his main rival for glory as the world number six while the men's world number 12 to 20-ranked players also appear in the round of 32.

The duo return to Jambes for this year's edition as world number five and 10, respectively.

They will face stiff competition from Marjolein Buis of the Netherlands.

In Nottingham she lost 6-2, 4-6, 6-2 to Dutch compatriot Diede de Groot but arrives in Belgium as the top seed as play begins tomorrow.

Australian Heath Davidson will also bid to profit from the absence of last year's champion in the men's quad competition.

United States' David Wagner won 6-4, 6-2 against Davidson in the 2018 final but does not feature in this year's draw.

Instead, world number five Sam Schröder from the Netherlands will be seen as Davidson's main rival for glory.