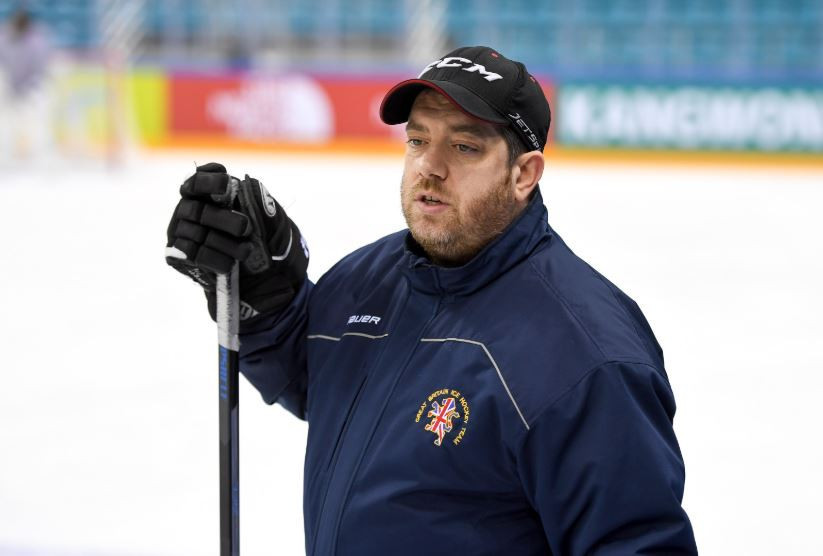 Sweeping changes among the underage ranks at Ice Hockey UK have seen Martin Grubb appointed as head coach of Britain's under-20 men's team.

Grubb makes the move from his under-18 coaching role and is joined by Dayle Keen as an assistant coach.

Richard Hartmann also continues as under-20 assistant, with former head coach Slava Koulikov and assistant Aaron Neil stepping down from their coaching duties.

National development head coach, Tony Hand, said: "I would like to thank Slava Koulikov and Aaron Nell who have stepped down from their roles.

"On behalf of Ice Hockey UK, I would like to express our gratitude for all they have done over the past few years.

"I am excited to announce the trio of Martin, Richard and Dayle as the new coaches for the under-20s."

Grubb said he is honoured to take up his new position.

"I am very proud and honoured to be able to represent Great Britain again and lead the under-20s team this season," he said.

"There is a talented group of players at that age and I have been able to coach the majority of them at some point in their GB careers, so it will be exciting to work with that group and there will be some difficult decisions as we work towards selecting a team.

"I have a solid base to build on with the excellent work done by Slava and Aaron – and we will be trying to better the bronze medal win from last season.

"I am looking forward to working with Richard and Dayle – and I am sure they will do a good job."

Keen will combine his GB position with his assistant coach role at Elite Ice Hockey League side Coventry Blaze.

"I'd like to thank Ice Hockey UK for appointing me and for Danny Stewart, Andy Buxton and Mike Cowley from Coventry Blaze for supporting me," said Keen.

"The talent pool at under-20s is really exciting and will make for a great World Championship in Lithuania.

"I'm really keen to get going with the coaching staff and meet the players looking to make the team."

Grubb's under-18 head coach position has been filled by Sean Easton, with Martin Cingel and Simon Leach taking on assistant coach duties.

"We are excited to announce our new set-up for Great Britain under-18s," Hand added.

"A lot of factors have to be taken into account when looking at the coaching staff for each age-group, including time commitments.

"All three are experienced coaches and we believe this is an excellent trio to take us forward."

Easton is excited by the prospect of stepping up to head coach and is relishing the pressure his new role brings.

He added: "I've had a fantastic four years of being an assistant coach, working with some great coaches and now as the head coach the pressure is on in Division 2A.

"The last time we were in 2A we won promotion, so that would be a great achievement to do that again.

"Many of this year's under-18s will be new to the international stage so there will certainly be a new-look feel to the squad.

"I cannot wait to get started and see who we have at trials and how hungry they are to make the team."