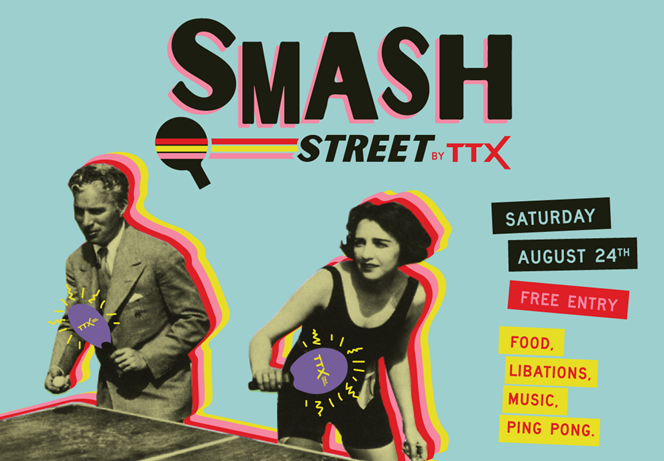 The International Table Tennis Federation (ITTF) has announced that Denver and Rome will host events in the table tennis X (TTX) format.

Described as "table tennis re-imagined", TTX is a quickfire version of the sport which has a two-minute time limit for each game.

Simplified paddles and a bigger, heavier ball are used and there are fewer rules.

It is hoped that TTX allows the sport to be enjoyed "anytime, anywhere".

American city Denver will host the Smash Street by TTX event on August 24 after the ITTF teamed up with marketing agency Two Parts.

An "all-day, outdoor, first-of-its kind ping pong-a-palooza" has been promised at the intersection of Broadway and Walnut, featuring more than 500 players across more than 100 tables.

The winner will receive a trip to the ITTF World Tour Grand Finals in December with live entertainment, craft beers and food trucks also part of the day.

The Italian capital will host the Roma Ping Pong Fest on October 6 with the ITTF joining forces with the Italian Table Tennis Federation.

Alongside the tournament at the famous Imperial Fora will be a celebrity event, fun zones and music.

"We are excited to see TTX ready to take off in 2019," said Gordon Kaye, the ITTF's managing director of product innovation.

"Smash Street by TTX and the Roma Ping Pong Fest are just the start as we continue to explore new opportunities to expand the reach of our amazing sport worldwide."

TTX was launched before the Rio 2016 Olympics.