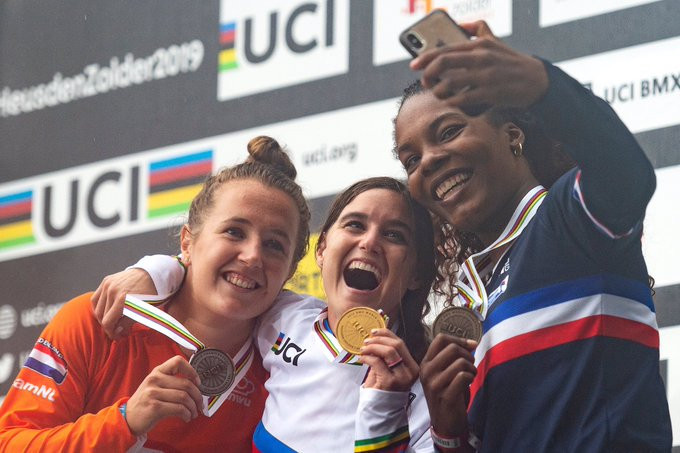 Olympic silver medallist Alise Willoughby of the United States recovered from a crash to clinch the women's title as Dutchman Twan van Gendt triumphed in the men's event at the International Cycling Union BMX World Championships in Heusden-Zolder in Belgium.

Willoughby claimed her second World Championships gold as she edged out defending champion Laura Smulders of the Netherlands by a slim margin to top the podium.

Axelle Etienne of France came through to take the bronze medal in 35.165.

Willoughby had earlier suffered a heavy crash but bounced back to reach the quarter-finals before she progressed to the final.

"Coming into this I was down in the dumps at the start of the day, I started my day on the ground," she said.

Riders
Spectators
Volunteers
Sponsors
Officials
and all the fans around the world! 🌍

THANK YOU 👏 We’ll see you next year for @HoustonBMX2020 🇺🇸 pic.twitter.com/BJgnfIODDg

"You know coming into this I knew it was going to be tough with all the Europeans who have been here every week for the past year and in the rain.

"None of it was in my favour,

"I’m really happy I rose to the challenge and I can’t believe here we are."

Van Gendt eased to victory in the men's race as he held off Niek Kimmann to lead a Dutch one-two in a time of 31.345.

Connor Fields of the United States was unable to add the world title to his Olympic gold medal from Rio 2016 as he was eliminated in the semi-finals.