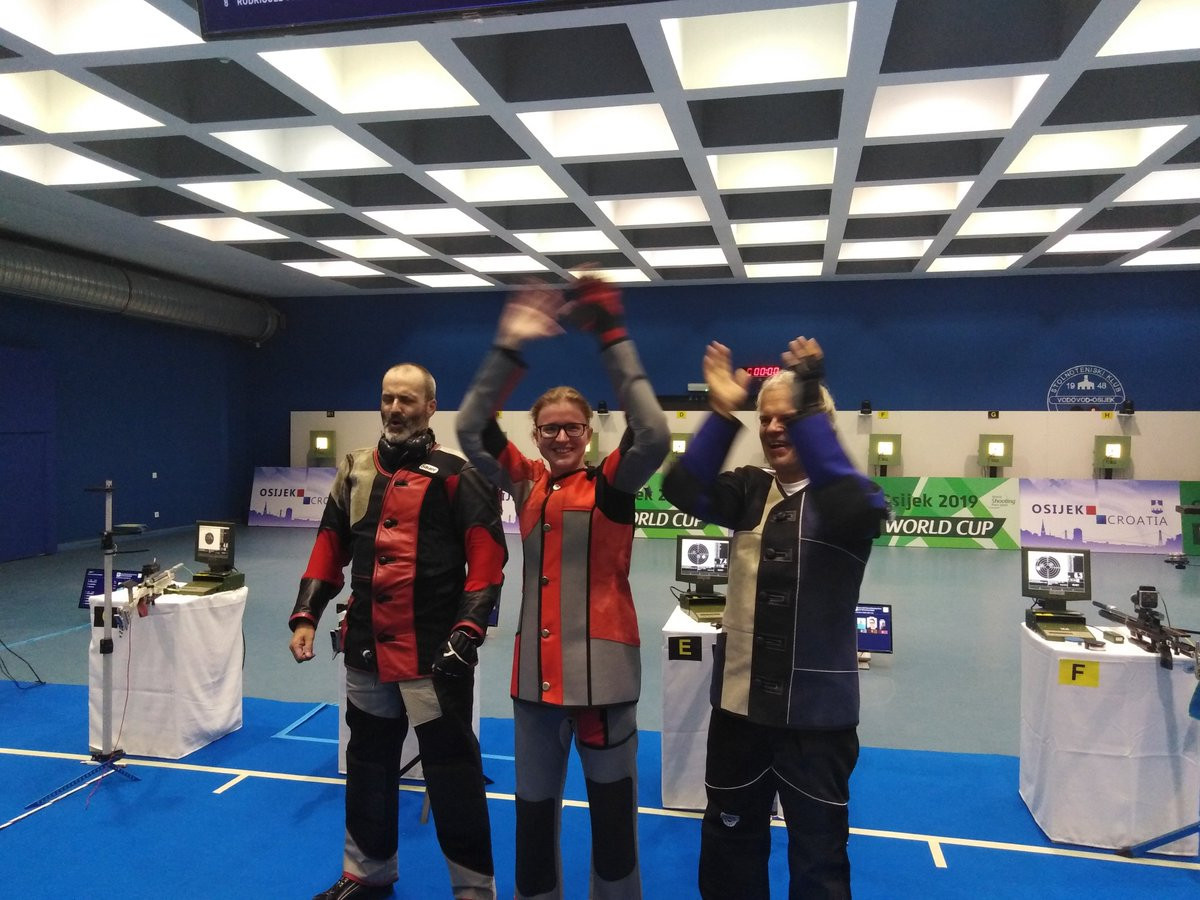 Moskal managed a total of 214.2 points in the first World Cup competition for visually-impaired athletes.

She triumphed by a comfortable margin over Spain's Ager Solabarrieta Txakartegi, who posted 201.6 points at Streljana Pampas Osijek.

There was also success for Poland today in the 10m air pistol standard SH1 event with Szymon Sowinski coming out on top on 361 points.

Sweden's Joackim Norberg was the runner-up with 355 points, followed by Ukraine's Oleksii Denysiuk with 353.

The satisfied smile of a man who's just won his 2nd #Osijek2019 gold!

Victory for Andrii Doroshenko in the men's 50m rifle 3 positions final. What a week for him so far!#ShootingParaSport pic.twitter.com/OFma4D0qvn

Ukrainians Vasyl Kovalchuk and Vitalii Plakushchyi completed the top three with point totals of 251.9 and 230, respectively.

The women's equivalent event went the way of Sweden's Anna Normann with 454 points.

Germany's Natascha Hiltrop was the silver medallist with 452.7 points, while Britain's Lorraine Lambert rounded off the podium with 438.3.