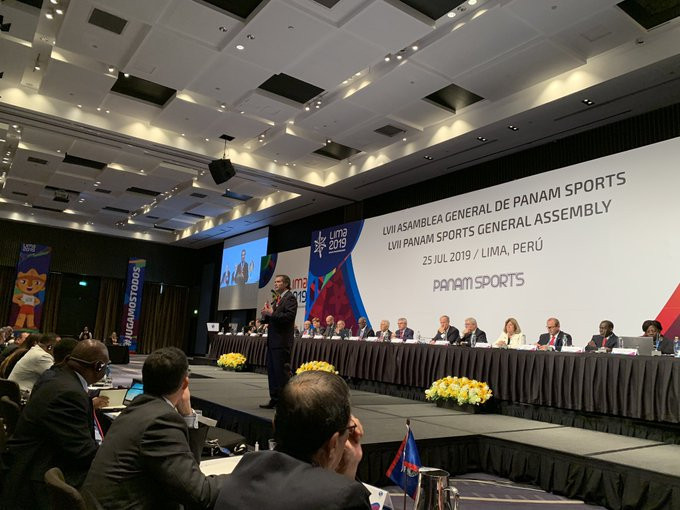 Panam Sports President Neven Ilic is confident the Lima 2019 Pan American Games will prove the "greatest", despite admitting the organisation of the event had got off to an "uncertain" start.

Ilic made the comments here during his address at the Panam Sports General Assembly, taking place on the eve of the Lima 2019 Opening Ceremony.

Lima received the 2019 edition of the Pan American Games in December 2013, with Panam Sports unhappy regarding the progress made in the Peruvian capital in the few years after being awarded the event.

“We started being very afraid two years ago, we faced a challenge, it was very uncertain," Ilic said.

“We had a very worrying situation but found a professional team that was willing to face the challenge for this country and we decided to trust one another.

“Athletes are happy, the Village and venues are great.

“This is the responsibility of everyone, we are all players of these Games and are not spectators.

“I believe we are seeing the path in Lima to create an opportunity to be better.

“These 16 days will not be easy, but we have a great starting point.

“I would like to thank Peru, they have done a fantastic job.

“These will be the greatest Pan American Games.”

The Opening Ceremony at the Estadio Nacional del Perú is due to take place tomorrow night, with Puerto Rican singer Luis Fonsi and Peruvian opera star Juan Diego Flórez set to perform in front of a sold-out crowd.

It will mark the start of 16 days of action across 39 sports, with around 6,700 athletes expected to compete.

The United States boasts one of the largest teams at the event, with 643 American athletes travelling here, while the hosts have 599 athletes.

Twenty-two disciplines will offer participants a chance to qualify for next year's Tokyo 2020 Olympic Games.

Skateboarding had originally been included on the programme but was axed in May after the Panam Sports Executive Committee claimed World Skate and the Pan American Confederation of Roller Sports had not fulfilled their requirements.

More than 250,000 tickets have been sold so far, with Lima 2019 expecting interest to pick up after the Games begin.