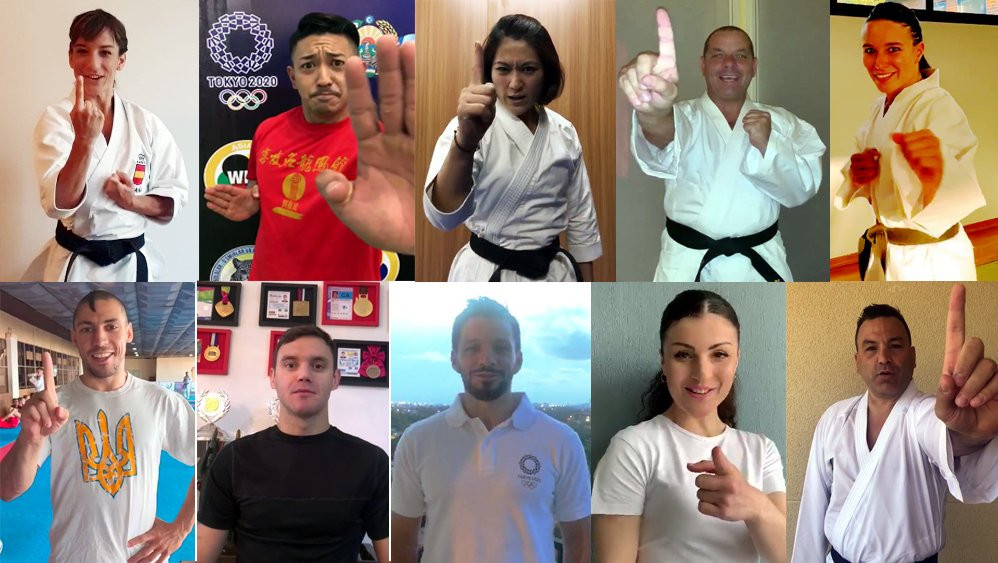 Karate athletes from all over the world have joined a campaign as part of the celebrations marking one-year-to-go until the start of the 2020 Olympic Games in Tokyo.

The sport will make its Olympic debut next year, with competition at the Nippon Budokan due to take place from August 6 to 8.

Among those showing their support for the #1YearToGo campaign is former world champion and World Karate Federation (WKF) Athletes' Commission member Nguyen Hoang Ngan of Vietnam.

"I am really excited to see karate making its debut at the Olympics," she said.

Others giving their backing to the campaign include two-time world champions Antonio Díaz of Venezuela and Douglas Brose of Brazil, as well as newly-crowned European Games champion Stanislav Horuna of Ukraine and reigning world champion Sandra Sánchez Jaime of Spain.

"The karate world is extremely delighted that we have only one year to go to the Olympic Games Tokyo 2020," WKF President Antonio Espinós said.

"Our beloved sport will make its Olympic debut there and millions of karate fans from all over the world are counting the days to finally see our Olympic dreams coming true.

"It will also be a very special moment for us since we will be making our Olympic introduction at Nippon Budokan, the same venue where the first Karate World Championships were held 50 years ago.

"So, our history will come full circle in exactly one year."

Karate’s "Ready Steady Tokyo" test event for the 2020 Olympics is scheduled to be held at the Nippon Budokan on September 9, 2019.

The sport’s Olympic qualification tournament is set to be hosted by Paris from May 8 to 10, 2020.

Karate has been controversially overlooked for the Paris 2024 Olympics.

In March, Paris 2024 stated it would not reconsider its proposal for new sports on the Olympic programme after holding a meeting with leading figures from karate, including Espinós.