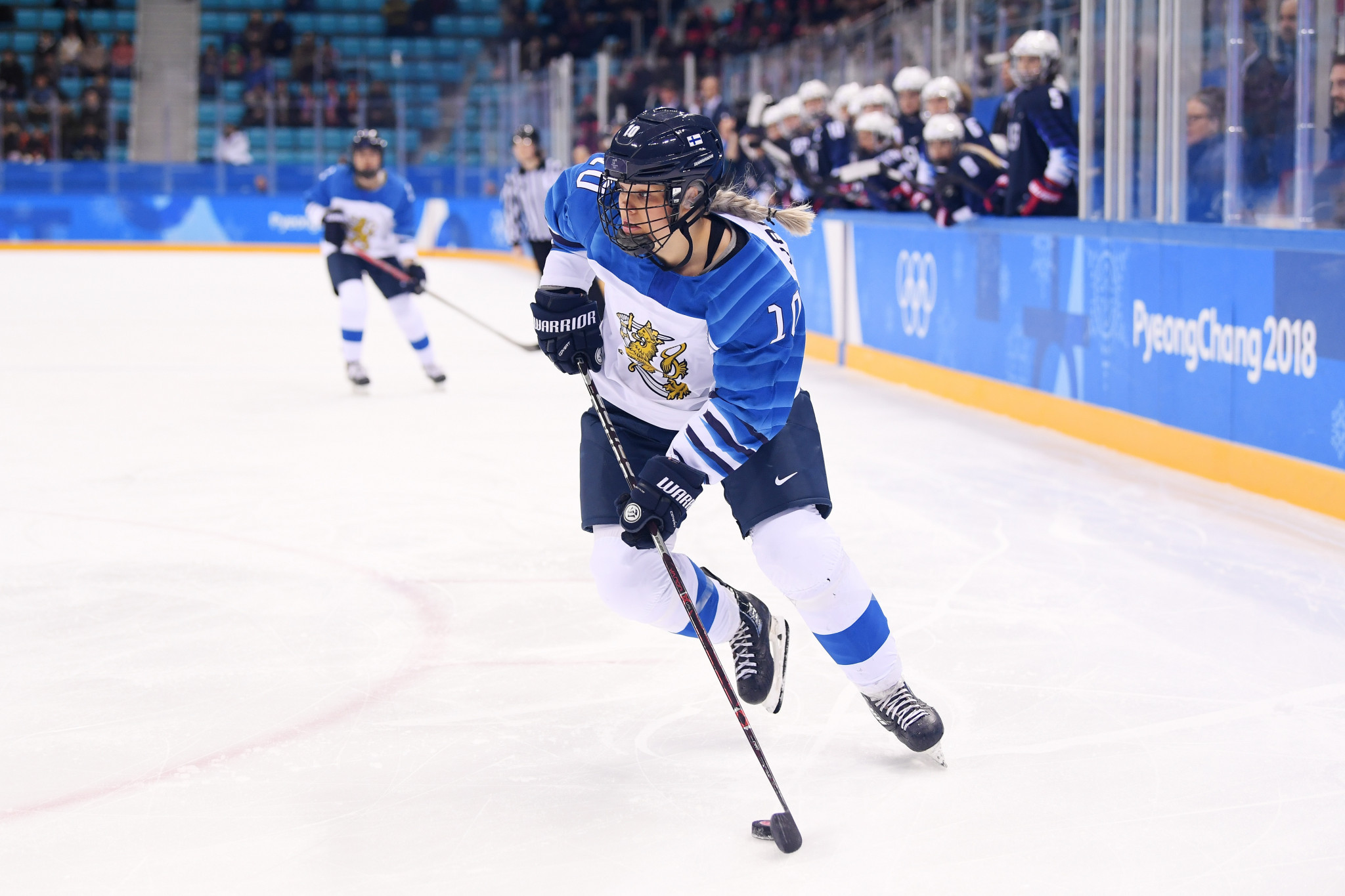 The 29-year-old has decided to hang up her skates after winning her third medal in the International Ice Hockey Federation (IIHF) Women's World Championships in April.

Välimäki was a member of Finland's team that won the silver medals at this year's Championships in Espoo.

The host country were beaten 2-1 by the United States following a controversial finish where Finland thought they had scored the winning goal only for it to be overruled following a video review.

The US then scored the winner in a shootout.

Välimäki had also been part of the Finnish team that won the IIHF Women's World Championship bronze medals in Malmö in Sweden in 2015 and in Plymouth in the US in 2017.

She had also played on the Finland teams that won Olympic bronze medals at Vancouver 2010 and Pyeongchang 2018.

"I’m really grateful how many friends I made in ice hockey, how many countries I was able to go to play, as well as the broad range of emotions that I have experienced as a hockey player," Välimäki said when announcing her retirement.

She admitted that her desire to play at the top level had disappeared, although she planned to stay in the sport working with young girls.

Besides her success at international level, Välimäki won five Finnish Championships with Tampere and Espoo.

Between 2010 and 2018 she was named best forward of the Finnish League four times and finished its top goalscorer in six seasons.

The announcement by Välimäki follows last month's decision by Finnish ice hockey legend Riikka Sallinen to retire from the sport, two days after her 46th birthday.