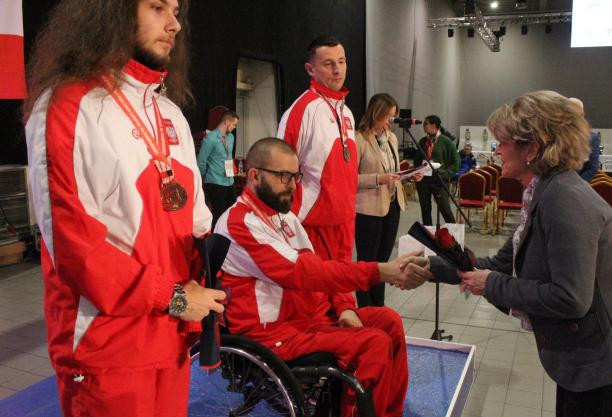 Poland’s Filip Rodzik is among those hoping for a podium finish at the World Shooting Para Sport World Cup in Croatian city Osijek, where competition is due to begin tomorrow.

Minimum Qualification Score spots are up for grabs at the six-day event at Streljana Pampas Osijek, making it an important pathway towards this year’s World Championships in Sydney in October.

Pistol specialist Rodzik began competing in shooting Para sport in 2009 and despite reaching finals, he has never managed to secure a major medal.

He is hoping to change that in Osijek.

"I know that I am still good," Rodzik said.

"As long as I know that I am good and can win in competitions, that gives me motivation to do more and work more.

"Most athletes have the same problem that they have to control their emotions, and in shooting it’s very important that you control your emotions and stay focused to shoot well.

"It’s hard work with yourself and I like that challenge as a shooter and I want to keep getting better."

Rodzik was a shooting athlete before he broke his neck in a swimming accident in 1999.

It was not until 2005 that he returned to the sport, but this time as a spectator at the International Shooting Sport Federation European Championships in Belgrade.

Rodzik saw shooting Para sport for the first time and then asked the national team coach of Poland if he could try it.

He attended a Para sport competition in his home country the following year, when he discovered his talent.

His last competition was the 2018 European Championships in Belgrade, where he finished fifth in the mixed 10 metres air pistol SH1 event and was a team bronze medallist in the men’s 10m air pistol SH1 competition.

"The European Championships was good – I didn’t have so many muscle spasms but I have a dream of shooting better in P1 (men’s 10m air pistol SH1)," Rodzik said.

Other names to look out for in Osijek include European champion Oleksii Denysiuk of Ukraine and European silver medallist Tomas Pesek of Czech Republic, both of whom are coming off strong seasons last year.