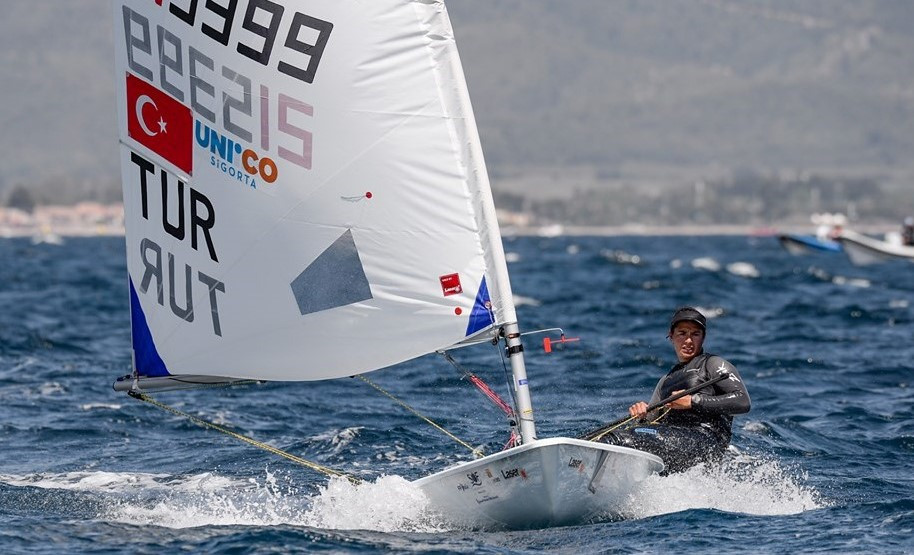 Ecem Güzel of Turkey is the new leader at the Laser Radial Women's World Championship after the fourth day of action in Japan.

Two more races were held today in Miho Bay in Sakaiminato to take the total held up to seven, with the top contenders separated off into the gold fleet for the first time.

Güzel recorded finishes of ninth and third and tops the pile on 40 points.

Her worst display so far is a 12th-place finish from the first race which is currently discarded from her score.

The Turkish sailor takes over the lead from Sweden's Josefin Olsson who has tumbled down to 12th after suffering a day to forget.

She was disqualified from race one and then did not finish race two, and was placed 57th both times.

Only one of those results can be discarded and she now has 70 points.

Tuula Tenkanen of Finland has moved up from fifth into second position after ending 48th, which has been discarded, and then fifth.

She now has 46 points to sit one place in front of Dutch defending champion Marit Bouwmeester, who has won this event three times.

Bouwmeester, the Rio 2016 Olympic champion, was 23rd, which she has discarded, and then 10th and sits on 45 points.

Paige Railey of the United States was 20th and then 15th and has dropped from second to fourth on 49 points, with a 22nd place from yesterday discarded.

She is one point in front of Anne-Marie Rindom of Denmark, the Olympic bronze medallist, who ended 12th and fourth today.

The Dane is currently discarding a 57th place disqualification from day one so is in a precarious position, despite being fifth overall.

Louise Cervera of France won the first race today and is 29th overall, with Britain's Hannah Snellgrove winning the second to lie 22nd.

Two more races are scheduled tomorrow on the penultimate day of action.