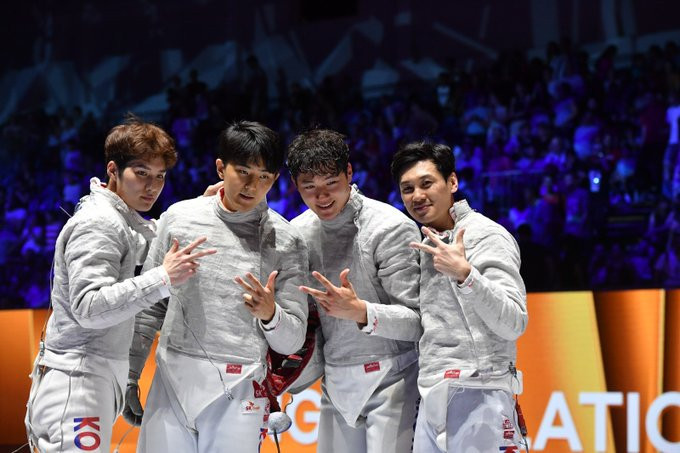 South Korea arrived in the Hungarian capital having claimed the team title at the past two World Championships in Leipzig and Wuxi.

They came perilously close to relinquishing their title as the Hungarian quartet pushed them all the way before eventually falling short.

China secured the women's team épée crown as they denied Russia further success at these Championships with a 29-28 win.

The Chinese team of Xu Anqi, Sun Yiwen, Lin Sheng and Zhu Mingye, two of which were part of the squad which earned silver at the 2016 Olympic Games in Rio de Janeiro, prevailed by a slim margin over Tatyna Andryushina, Violetta Khrapina, Violetta Kolobova and Lyubov Shutova to claim the world title.