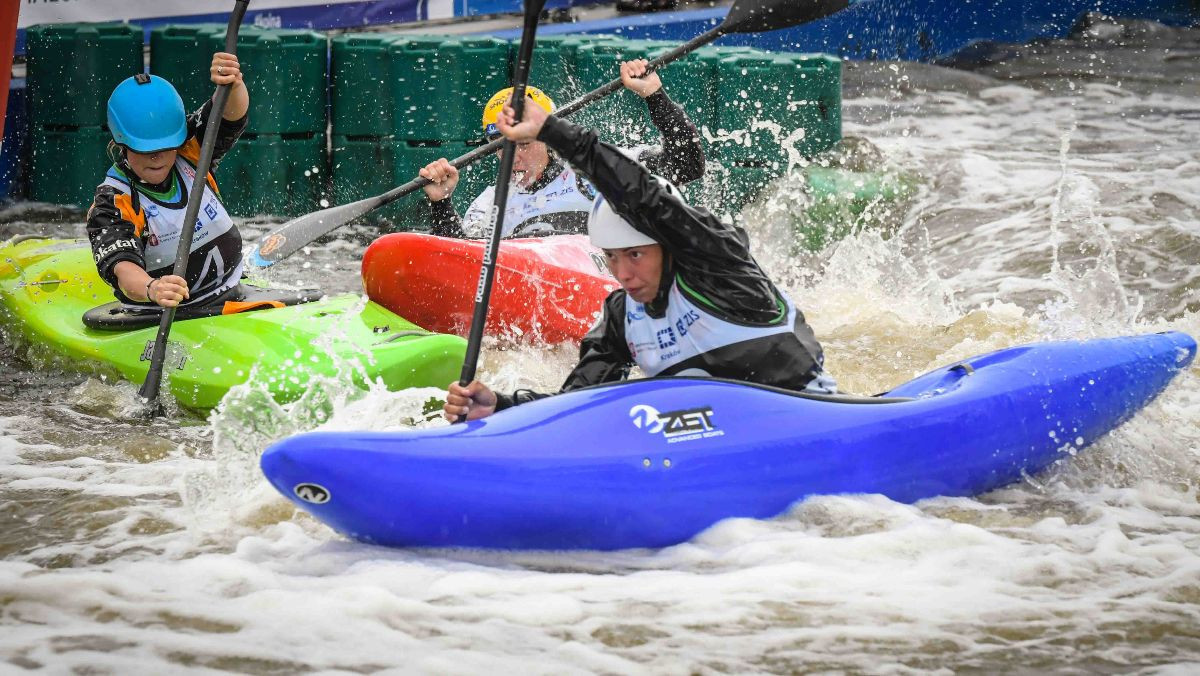 Brazil, Britain, Russia and the United States picked up gold medals in the extreme slalom on the final day of the International Canoe Federation (ICF) Junior and Under-23 Canoe Slalom World Championships in Kraków, Poland.

Czech Amalie Hilgertova, who secured the under-23 K1 title on Friday, finished second.

Satila is also the reigning world champion, having won on her home course in Rio last year.

"Today was such a long day and I was really tired from yesterday."

The competition had to be delayed due to a thunderstorm, but when racing resumed it was Russia’s Sergey Maimistov who provided the lightning on the water, winning the men’s under-23 title.

He finished ahead of Austria’s Matthias Weger and Slovenia’s Tine Kancler.

"It’s really nice to be a world champion, I feel quite emotional,” Maimistov said.

"I don’t train too much for this event, but I train enough.”

"Extreme slalom is so much fun,” she said.

“Slalom I love, but this is a way to be stress-free and go out and have fun."

The Czech Republic won the champion team cup as the most successful nation over the World Championships, finishing with six gold medals.