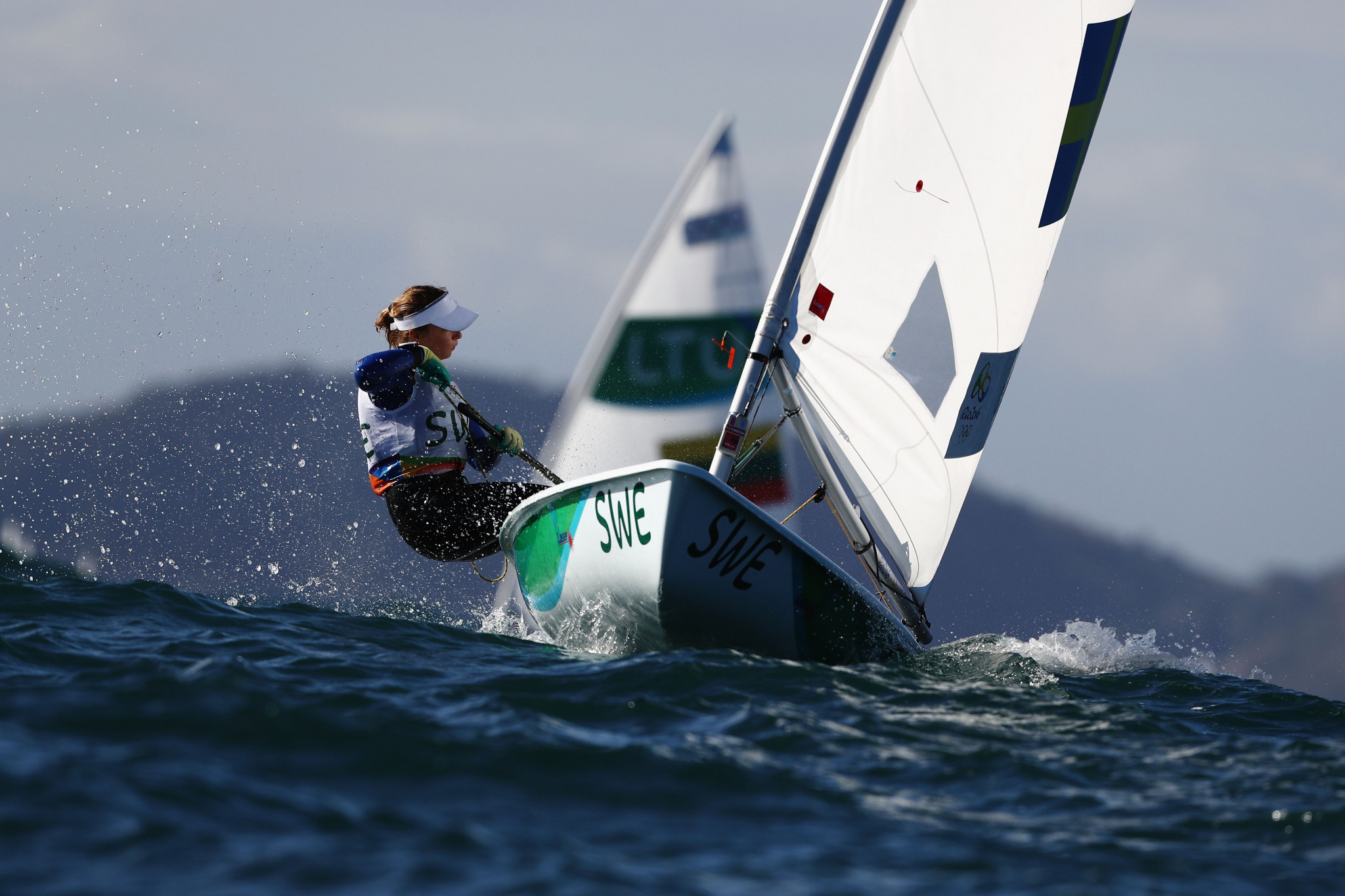 Sweden's Josefin Olsson kept hold of her lead after day three of the Laser Radial Women's World Championship in Japan.

Three races were held in both fleets in Miho Bay in Sakaiminato today after only one was possible yesterday due to light winds.

Olsson was third, fifth and second to sit on a total of eight points at the top of the pile after five races.

Her fifth place is currently discarded from the score as her weakest performance so far.

The Swede was first and second in the opening two races and looks to be in fine form.

Paige Railey of the United States sits second after two second-place finishes left her with 14 points.

However, she was 22nd in the last race, a finish which is currently discarded but would be damaging should it come into play.

Dutch Olympic champion Marit Bouwmeester, who has won this event three times, is third after finishes of fourth, fifth and eighth.

She has 22 points and currently discards a 15th from day one.

Belgium's defending world champion Emma Plasschaert of Belgium won race one today in her fleet and was then sixth and 14th to end on 37 points in 11th place.

Denmark's Rio 2016 bronze medallist Anne-Marie Rindom won on her second trip to the water but was also 28th and fourth.

She has 34 points in 10th position but is in a precarious spot as she is discarding a disqualification suffered yesterday.

The other race winners today across the two fleets were Tuula Tenkanen of Finland, who is fifth on 24 points, Agita Barwinska of Poland, 17th on 46 points, Elena Borobeva of Croatia, 18th on 47 points, and Maxime Jonker of The Netherlands, who is 69th on 110 points.

Two more races in each fleet are scheduled for tomorrow.