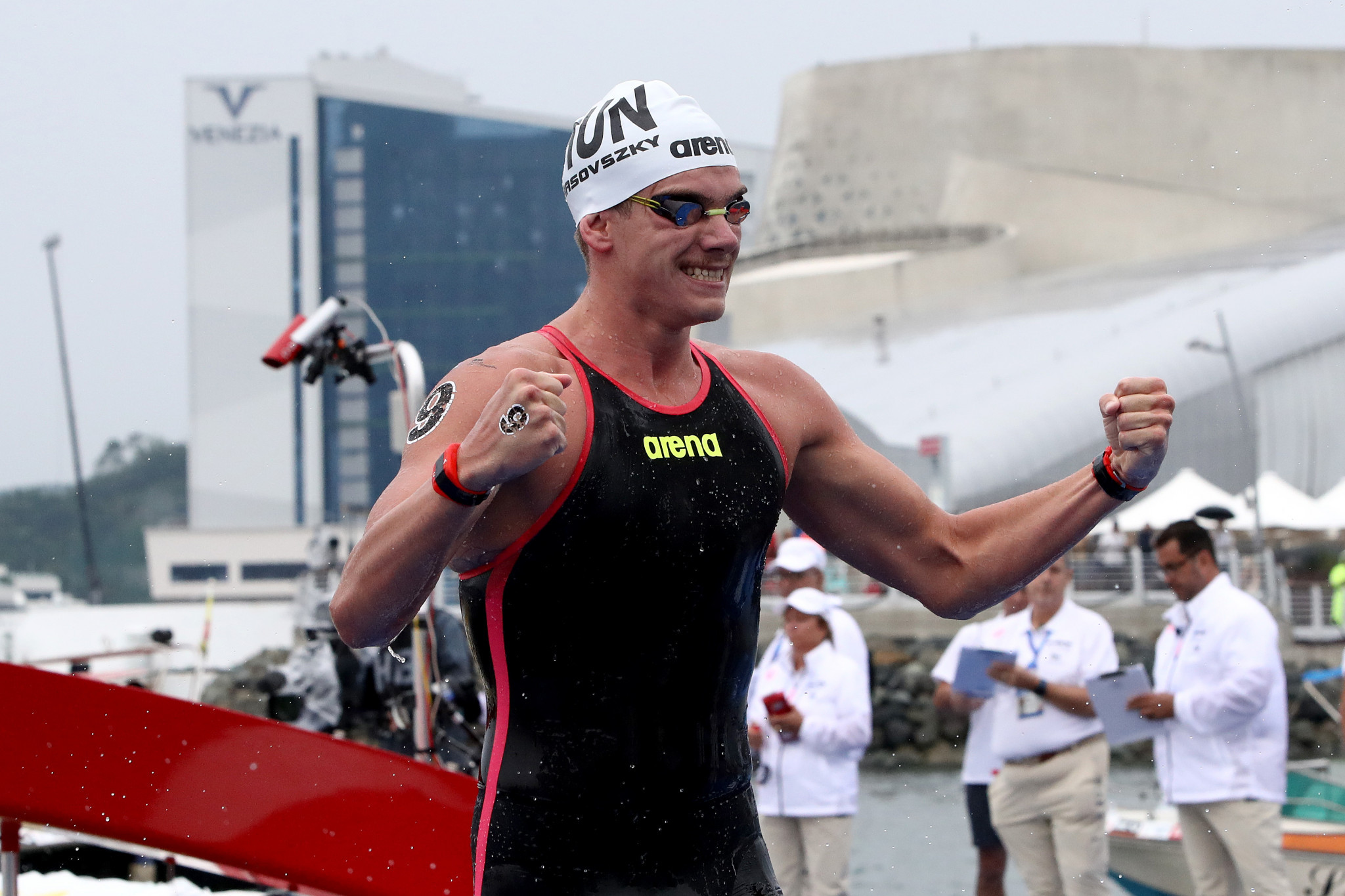 Rasovszky contested all four open water events in Gwangju, finishing fourth in the 10km and eighth in the mixed 5km relay, before starting and withdrawing from the 25km with stomach issues.

He has made the 6,500 mile trip to the Canadian town of Lac Saint-Jean to attempt a second World Series victory, having triumphed at his home stop in Balatonfüred last month.

Rasovszky will be challenged by defending champion Marcel Schouten.

The Dutchman did not compete at the World Championships and has not raced since late June.

In the women's race, Italy's Rachele Bruni is also making the journey from Gwangju.

Joining her is Anna Olasz, who did the same as compatriot Rasovszky in South Korea and competed in all four events, with her best finish being sixth in the 25km.

The 10km course will be split into six laps, with 33 athletes set to compete across the men and women's races.

Sixteen of these will be Canadians, giving the crowd the chance to cheer on home athletes.

Lac Saint-Jean is the fifth stop on the nine-city World Series.

The competition will then continue in Canada as it visits Lac-Mégantic, before moving on to Ohrid in North Macedonia, Nantou in Chinese Taipei and the Chinese city of Chun'an.