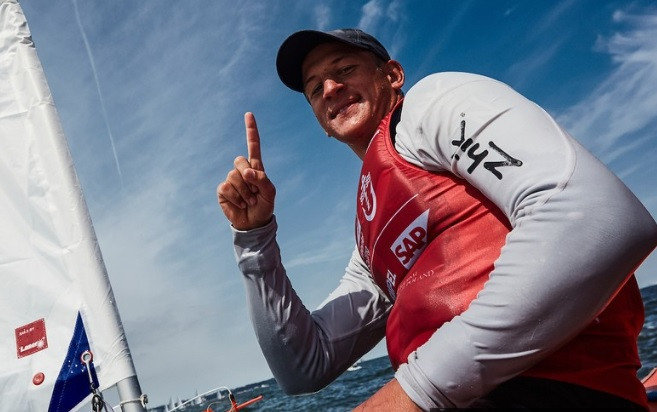 Citak emerged almost from nowhere to pip Poland's Tytus Butowski and Australia's Zac Littlewood to the title in Gdynia.

The Turkish sailor finished in fifth place today to snatch the gold medal on 56 points.

Butowski and Littlewood's mid-fleet match race opened the door for others and they were forced to settle for silver and bronze, respectively, on 63 points.

Frenchman Fabien Pianazza triumphed in the boys' RS:X class in style as he won the final six events, including today's medal race, to top the standings on 19 points.

The bronze medal was claimed by Heloise Macquaert of France.

Norway's Mathias Berthet and Alexander Franks-Penty comfortably won gold in the boys' 29er as they ended the competition 24 points in front of nearest challengers Ville Korhonen and Edvard Bremer of Finland on 39.

Australia's Archie Cropley and Max Paul did enough for bronze with 78 points.

Berta Puig and Isabella Casaretto of the United States consolidated their healthy advantage in the girls' 29er, sealing gold on a total of 36 points.

Italy's Chiara Benini Floriani topped the podium in the girls' laser radial with 33 points as she beat Spain's Ana Moncada Sanchez and Shai Kokon of Israel.

Seb Menzies and Blake McGlashan of New Zealand, the American duo of Madeline Hawkins and Yumi Yoshiyasu and Australia's Will Cooley and Rebecca Hancock had already wrapped up the gold medal in their respective events before the final day.