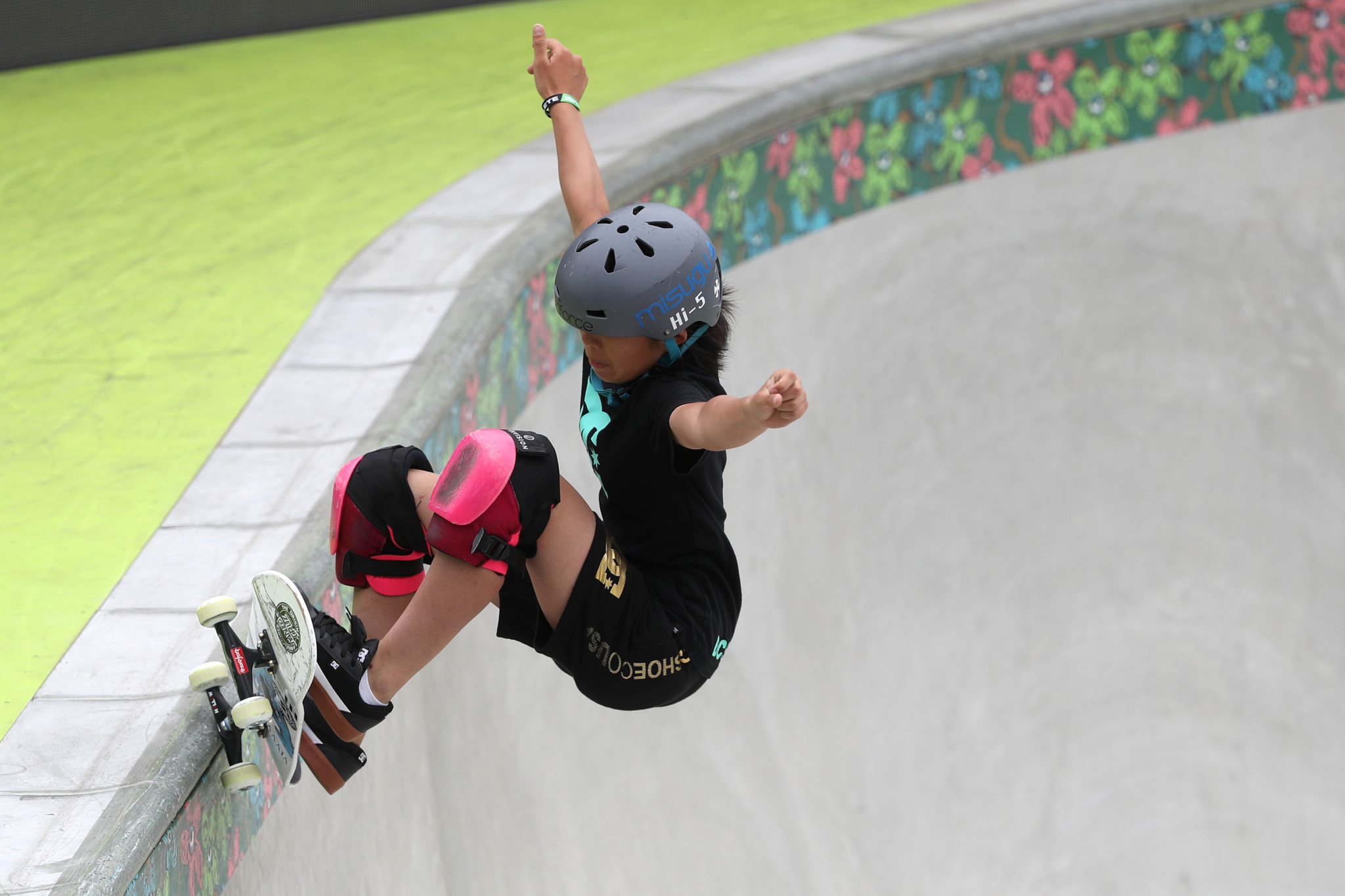 Japanese teenage sensation Misugu Okamoto moved a step closer to qualifying for next year's Olympic Games in Tokyo with victory at the five-star International Skateboarding Open in Nanjing.

The 13-year-old led a Japanese sweep of the podium in the women's final in the park event at Fish Mouth Skatepark, which offers third tier points towards qualification for skateboarding's Olympic debut.

Okamoto, leader of the women's Olympic park rankings, scored 50.00 points to secure the gold medal ahead of compatriots Sakura Yosozumi and Kisa Nakamura.

Yosozumi took silver on 45.48 points, while Nakamura was third having amassed 43.87 points.

Victory for Okamoto, who won the opening Tokyo 2020 qualifier in Long Beach last month, will see her strengthen her lead at the top of the Olympic rankings when the updated list is published by World Skate.

Heimana Reynolds of the United States triumphed in the men's final with a score of 84.00 points.

The American finished comfortably in front of the rest of the field, with Brazilian Luiz Francisco more than four points adrift in second place.

The bronze medal was claimed by Alex Sorgente of the US on 77.58 points.