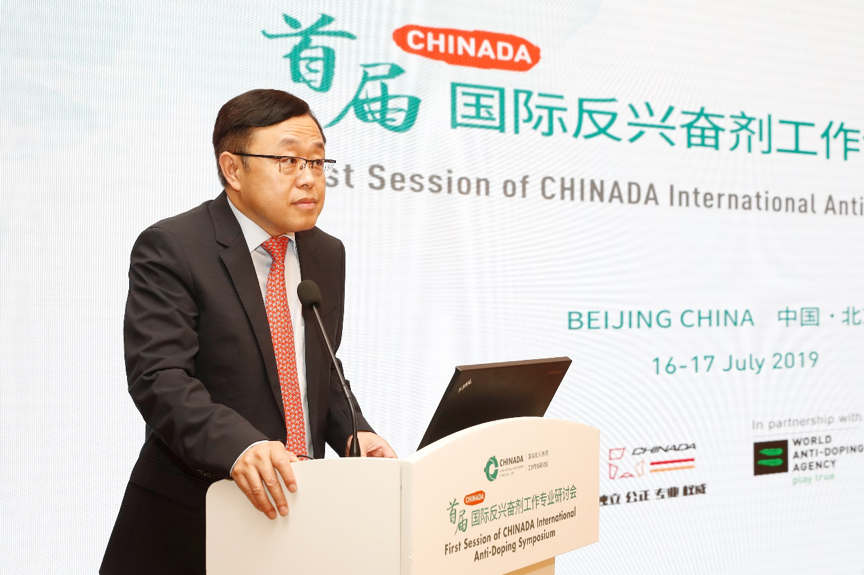 China's athletes preparing for the 2022 Winter Olympic and Paralympic Games in Beijing have been warned that if they try to take banned drugs in the build-up then they will be caught and punished.

The warning came from Chen Zhiyu, the chief executive of the Chinese Anti-Doping Agency (CHINADA), who claimed the country's system was now the envy of the world.

It is estimated that there are around 4,000 elite athletes competing in Winter Olympic sports in China as the country prepares for Beijing 2022.

"No matter how many athletes there are and where they are, we can reach them," Chen told CHINADA International Anti-Doping Symposium here this week.

"The normal in-competition and out-of-competition tests are still going on, and we are now working on a special plan to reinforce doping control of these Games-bound athletes.

"We conduct tests if they are at home and can delegate the task to other anti-doping agencies if the athletes train abroad.

"I believe we can catch anyone who takes the risk and punish them."

Earlier this year, China's leader Xi Jinping promised during a meeting with International Olympic Committee (IOC) President Thomas Bach that the country would not tolerate doping among its athletes and they "should make the Olympic Winter Games as pure and clean as snow and ice".

"We hope through scientific, rigorous and targeted tests, athletes go from 'dare not dope' to 'can not dope', and ultimately 'do not want to dope'," Chen said.

"We want our athletes to be clean throughout their entire career and stand the test of history."

China previously had a reputation of being among the world's dirtiest countries and have been accused of running a state-sponsored doping programme.

Xue Yinxian, a former doctor with the Chinese Olympic team, claimed in an interview with German broadcaster ARD aired in October 2017 that up to 10,000 athletes, including in "football, volleyball, basketball, table tennis, badminton, athletics, swimming, diving, gymnastics and weightlifting", were all involved in the compulsory scheme.

The event was held as the IOC Coordination Commission made its fourth visit to the Chinese capital to inspect preparations for Beijing 2022.

"This can be regarded as our starting point.

"We accumulate experience at every event we stage, and also sent staff to big events like the Rio Summer Olympics in 2016 and the 2018 Winter Olympics in Pyeongchang in order to learn from others' experience.

"Now we have enough experience to set up a whole system that we call the 'Chinese model'.

"This Symposium is the platform through which we share our stories with the outside world and open a window for other people to know what we do and how we do it."