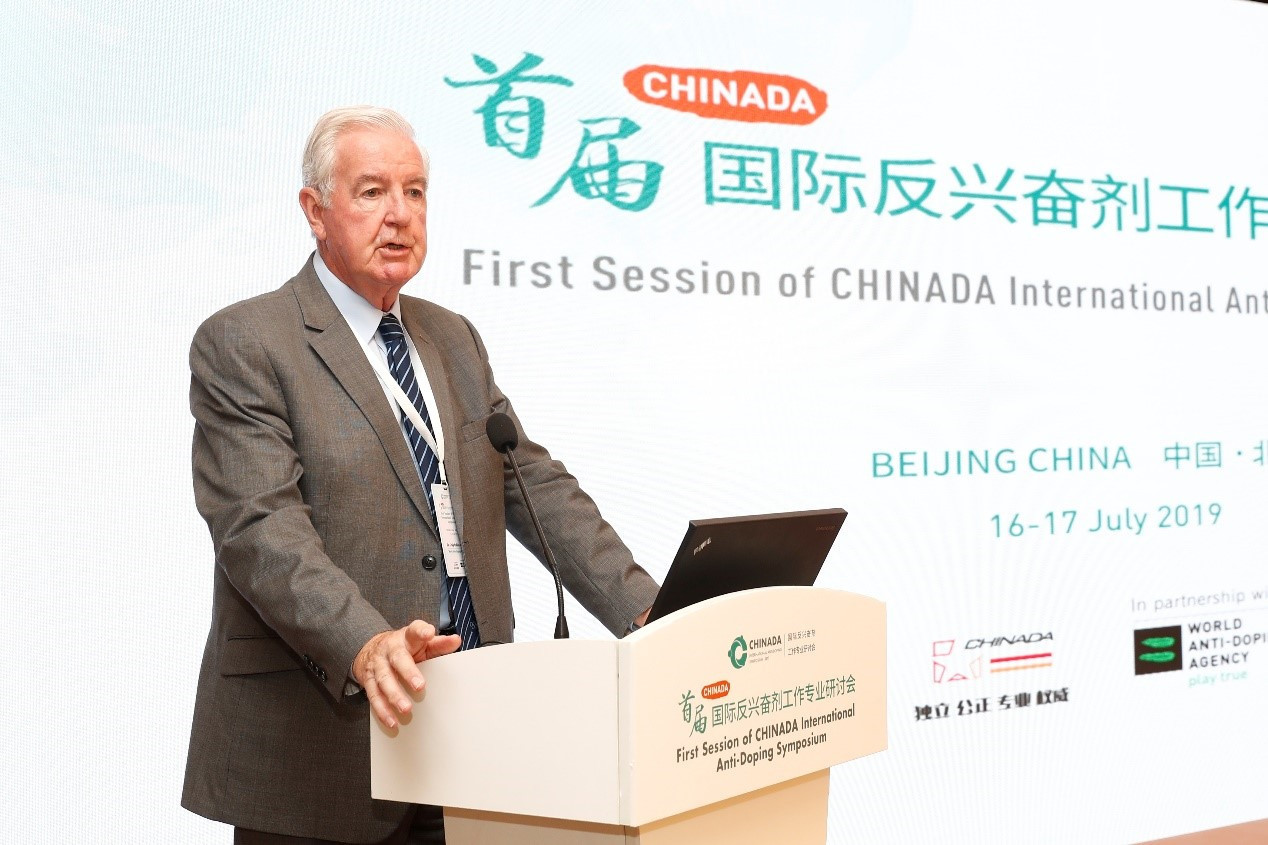 World Anti-Doping Agency (WADA) President Sir Craig Reedie has praised China's efforts to keep its sport clean as the country promised it would pursue a zero-tolerance policy before it hosts the 2022 Winter Olympic and Paralympic Games in Beijing.

Sir Craig was the chief speaker at the CHINADA (China Anti-Doping Agency) International Anti-Doping Symposium which coincided with the fourth visit of the International Olympic Committee (IOC) Coordination Commission inspecting the Chinese capital's preparations for the Games.

Earlier this year, China's leader Xi Jinping promised during a meeting with IOC President Thomas Bach that the country would not tolerate doping among its athletes and they "should make the Olympic Winter Games as pure and clean as snow and ice".

China previously had a reputation of being among the world's dirtiest countries and have been accused of running a state-sponsored doping programme.

Xue Yinxian, a former doctor with the Chinese Olympic team, claimed in an interview with German broadcaster ARD aired in October 2017 that up to 10,000 athletes, including in "football, volleyball, basketball, table tennis, badminton, athletics, swimming, diving, gymnastics and weightlifting", were all involved in the compulsory scheme.

Sir Craig, however, told the Symposium attended by 78 delegates from 33 countries that under Xi things have improved.

"You have the advantage of many people who are prepared to help," the Briton said.

"You also have the advantage of political leadership, which has got a very strong anti-doping philosophy.

"You want to have clean medals and healthy young people.

"You educate them in such a way that they avoid taking drugs."

"What I think is going to happen is that you will simply get better and better in your anti-doping processes, because I think you will be running more major events," Sir Craig said.

"We live in a clear feeling that China will cooperate with other people, offer assistance, and I hope they continue to do that.

"It's really nice here in China where your anti-doping programme fits so well with your sports programme, with the training of your athletes and with competition.

"China has set an example in many ways and I hope many other countries in the world can follow."

There was praise, meanwhile, for Sir Craig, whose spell as President of WADA is due to officially end in November, from the Chinese Government.

"I would like to take this opportunity to express our sincere gratitude for President Reedie who has been very supportive of China's anti-doping work and given us a lot of help in the past six years," Li Yingchuan, Vice-Minister of China's State General Administration of Sport, told the Symposium.

"In his two terms as WADA President, Reedie managed to solidify support from various of signatories [of the WADA Anti-Doping Code], pushed forward reforms to make the organisation more independent, transparent and powerful.

"I want to thank WADA and Reedie for what they have done in the world's fight against doping in sports."