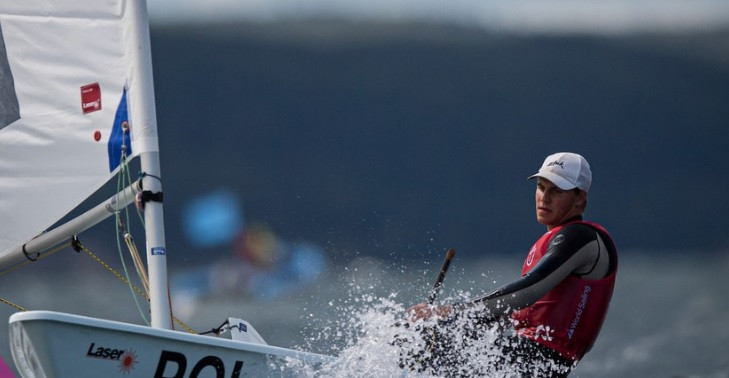 Poland's Tytus Butowski leads 2018 silver medallist Juan Cardozo of Argentina by three points after the third day of racing in the boys' laser radial event at the Youth Sailing World Championships in Gdynia.

Butowski, who grew up on the waters in the Polish city, recorded results of sixth and second to end the day on 23 points.

Cardozo, seeking to better the silver medal he claimed at last year's Youth World Championships, has 26 points in second place.

Australia's Zac Littlewood is third, a further 10 points adrift of the Argentinian.

"In the first race I had a good start but my vang was not tight enough so I rounded in 15th at the top mark," the Polish sailor said.

"I managed to come back and I finished the race in sixth which made me happy.

"In the second race I had a good start and I was eighth at the first mark."

In the RS:X Boys fleet, the top 5 are a long way ahead of the rest.

He added: "I made up some places on the downwind and finished second.

"I am really happy with this day.

"I am sailing really consistently and it's really important to do that."

Chiara Benini Floriani of Italy, the reigning world youth laser 4.7 world champion, is in pole position in the class but is tied on 17 points with Spain's Ana Moncada Sanchez.

Floriani is the leader on countback, while third place is occupied by Britain's Matilda Nicholls.

Her compatriot Nicolo Renna is top of the standings in the boys' RS:X class on seven points.

Leonidas Tsortanidis of Greece is third on 19 points.

Action at the event continues tomorrow.