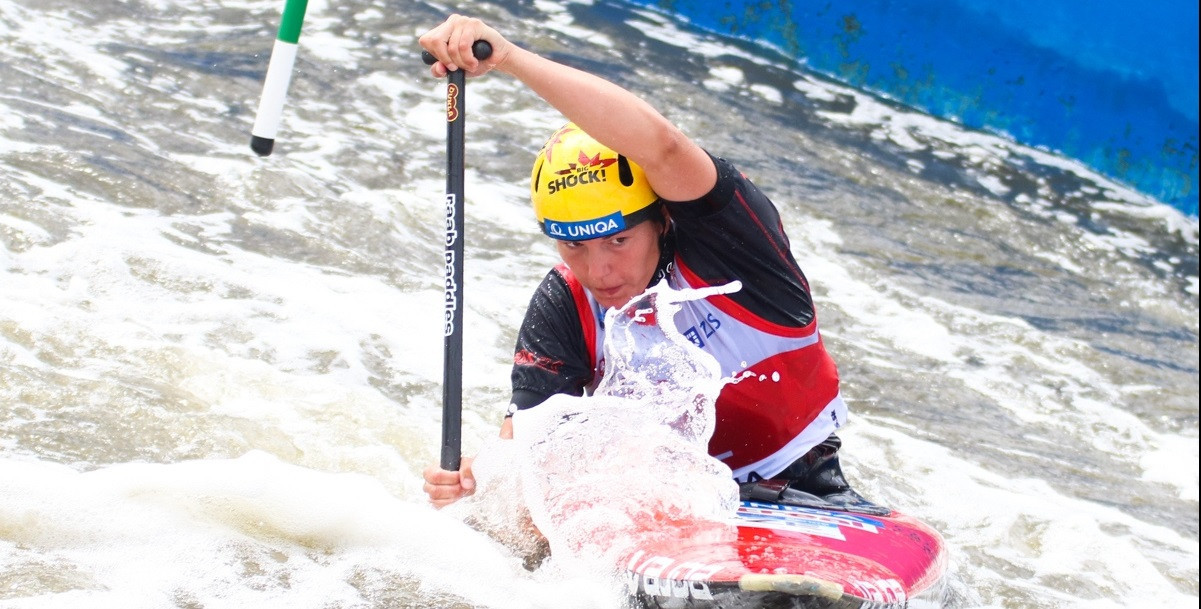 Kneblova and Kratochvil clocked a time of 2 min 1.90sec on the Polish city's Kolna Regatta Course, finishing 9.58 seconds faster than Urban and Klobouckova.

The bronze medals went to Poland’s Zuzanna Kulig and Kacper Zachwieja, who were 11.95 seconds off the pace.

"I can’t describe it, I am very happy," Kratochvil said.

"It’s been a great start for Czech Republic here.

"I hope everyone else can do the same."

The men's and women's C1 and K1 under-23 heats were also held today.

In the men's K1, 2018 European champion David Llorente of Spain came out on top in 1:32.53, despite picking up an early two-second penalty.

He was exactly one second quicker than his nearest challenger in the first run, New Zealand's Callum Gilbert.

In the men's C1, defending champion Václav Chaloupka of Czech Republic was impressive in setting an error-free run of 1:35.23.

He edged out home-town favourite Kacper Sztuba, second in 1:36.48, while Australia’s Tristan Carter was third fastest in 1:37.44.

European champion Amálie Hilgertová again demonstrated her capabilities in the women's K1, posting a penalty-free time of 1:40.60 to qualify quickest.

The Czech finished ahead of Slovakia’s Eliška Mintalova, second in 1:41.47, with defending champion Camille Prigent of France third in 1:42.94.

The much anticipated women's C1 battle between Czech Republic's Tereza Fišerová and Brazil’s Ana Sátila lived up to the hype, with the former finishing the qualifying run just 0.29 seconds ahead of the two-time Olympian.

Both athletes picked up two-second penalties and registered times of 1:48.34 and 1:48.63, respectively.

The quickest raw time on the course, though, was set by Russia’s Alsu Minazova, who picked up four seconds in penalties but still managed to finish only 1.62 seconds behind Fišerová.