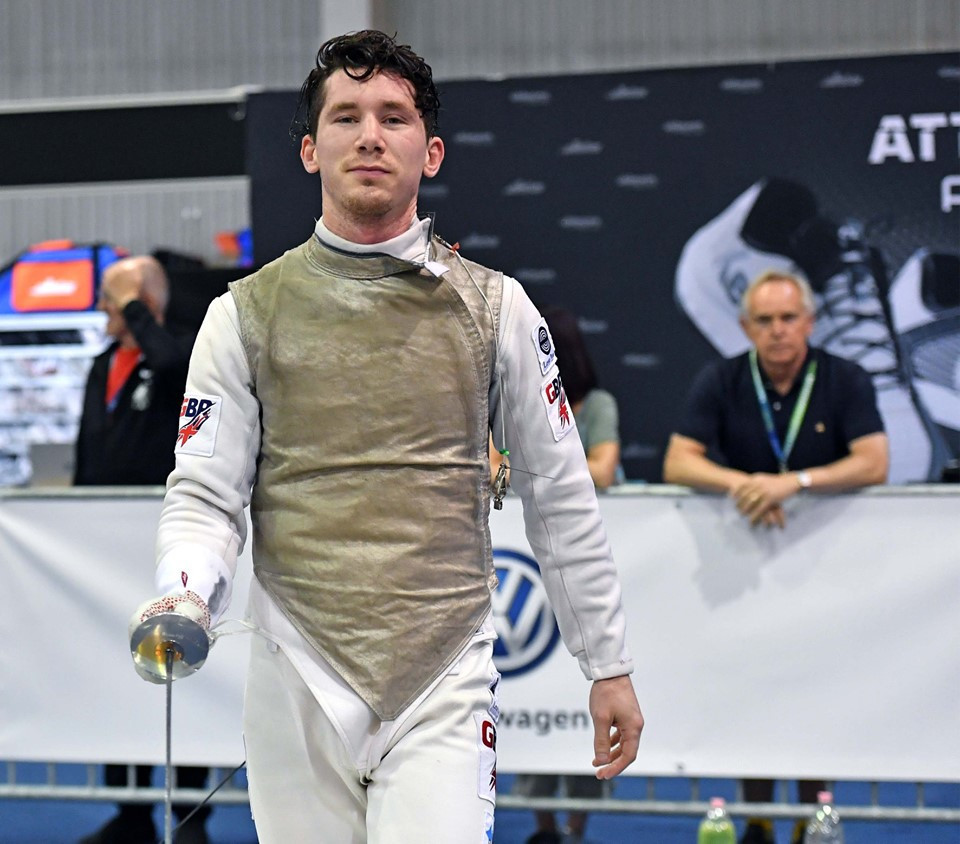 Great Britain's Marcus Mepstead will meet world number one and defending champion Alessio Foconi of Italy in the last 64 of the men's foil event after coming through qualification at the World Fencing Championships in Budapest.

Mepstead started the day by advancing from Pool 22 before beating Greece's Nikolaos Kontochristopoulos 15-11 and Slovakia's Cedrik Serri 15-10 in the knockout rounds at the Hungarian capital's SYMA Sports and Conference Centre.

He now has the opportunity to go up against Foconi, the gold medallist at the 2018 edition of the World Championships in Wuxi in China.

On the other side of the draw, second seed Race Imboden of the United States awaits Singaporean qualifier Kevin Jerrold Chan.

In the women's sabre event, Japan's Chika Aoki successfully navigated her way through qualification to earn a clash with world number one Sofya Velikaya of Russia.

Second seed Olga Kharlan of Ukraine has also learned who she will face in the last 64, with Vietnam's Phung Thi Khanh Linh being confirmed as her opponent.

The final round of both events is due to take place on Saturday (July 20).

Action is scheduled to continue tomorrow with the final round in the men’s sabre and women’s épée competitions.