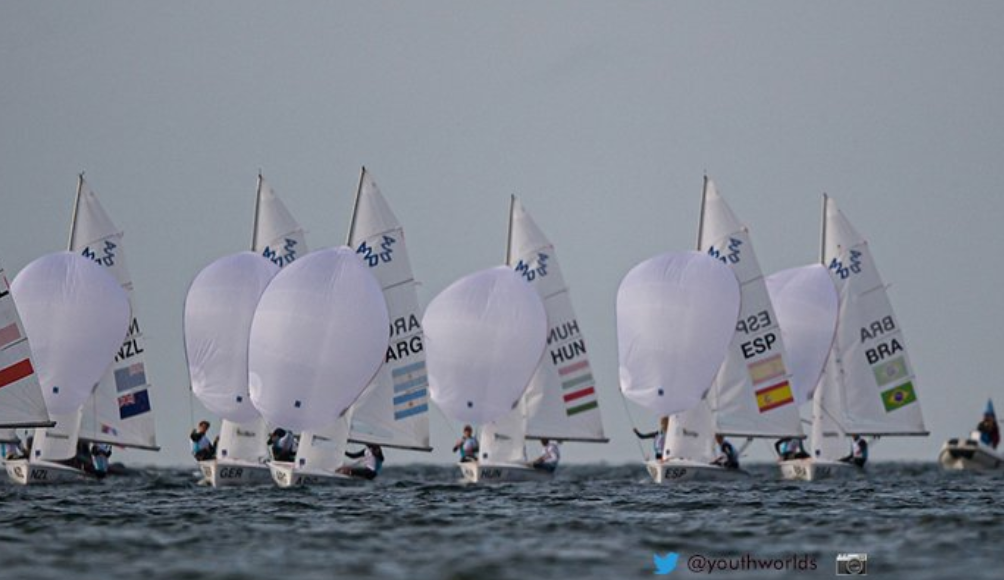 New Zealand’s Seb Menzies and Blake McGlashan lead the 420 boys' class after the second day of racing at the Youth Sailing World Championships at Gdynia in Poland.

After four races, they have seven points, having discarded the 9.0 points incurred for their second race.

Australia's Will Cooley and Rebecca Hancock took over the lead in the nacra 15 event from Germany's Silas Mühle and Levke Möller, who dropped to fourth after recording 12 points in their sixth and final race of the day.

The Australian pairing have 16.0 points, with Youth Olympics silver medallist Titouan Petard and his partner Marion Declef from France second on 17.0.

Iset Segura and Max Rondeau of Spain are third on 19.0, while Argentina’s Youth Olympic champions and favourites Dante Cittadini and Maylen Muscia are seventh on 36.0.

Spain’s Martin Wizner, with Pedro Amneiro, is two points behind, with Achille Casco and Elliot Schick of Switzerland on 12 points.

In the laser radial boys' class, Tytus Butowski moved from third to first and now totals 15.0, with Singapore’s Wonn Kye Lee second on 16.0 and Argentina’s Juan Cardosa third on 18.0.

It was won by BRA 🇧🇷 with USA 🇺🇸 and NOR 🇳🇴 following behind.

For the girls' 29er and 420 and the boys' and girls' RS:X fleets, today was the first racing as they had been unable to race on Monday due to light breeze.

Each fleet had an additional race scheduled in a bid to catch up on their schedule.

Antonia Schultheis and Victoria Schultheis topped the rankings in the 29er girls' class with 8.0 points after four rounds.

Berta Puig and Bella Casaretto of the United States are second with 9.0, while Britain’s Freya Black and Millie Aldridge are third on 13.0.

In the 420 girls' class, Madeline Hawkins and Yumi Yoshiyasu of the United States lead after three races with 2.0 points, with Japan’s Kana Kobayashi and Natsumi Shirasu second on 7.0 and Germany’s Theresa Steinlein and Lina Plettner third, also on 7.0.

Fabien Pianazza of France is second on 4.0, with Liam Segev of Israel third on 5.0.

Israel’s Lenoy Geva tops the RS:X girls' class with 2.0 after three races, from Julia Matveenenko of Belarus, who has 4.0 points, and Russia’s Yana Reznikova on 5.0.