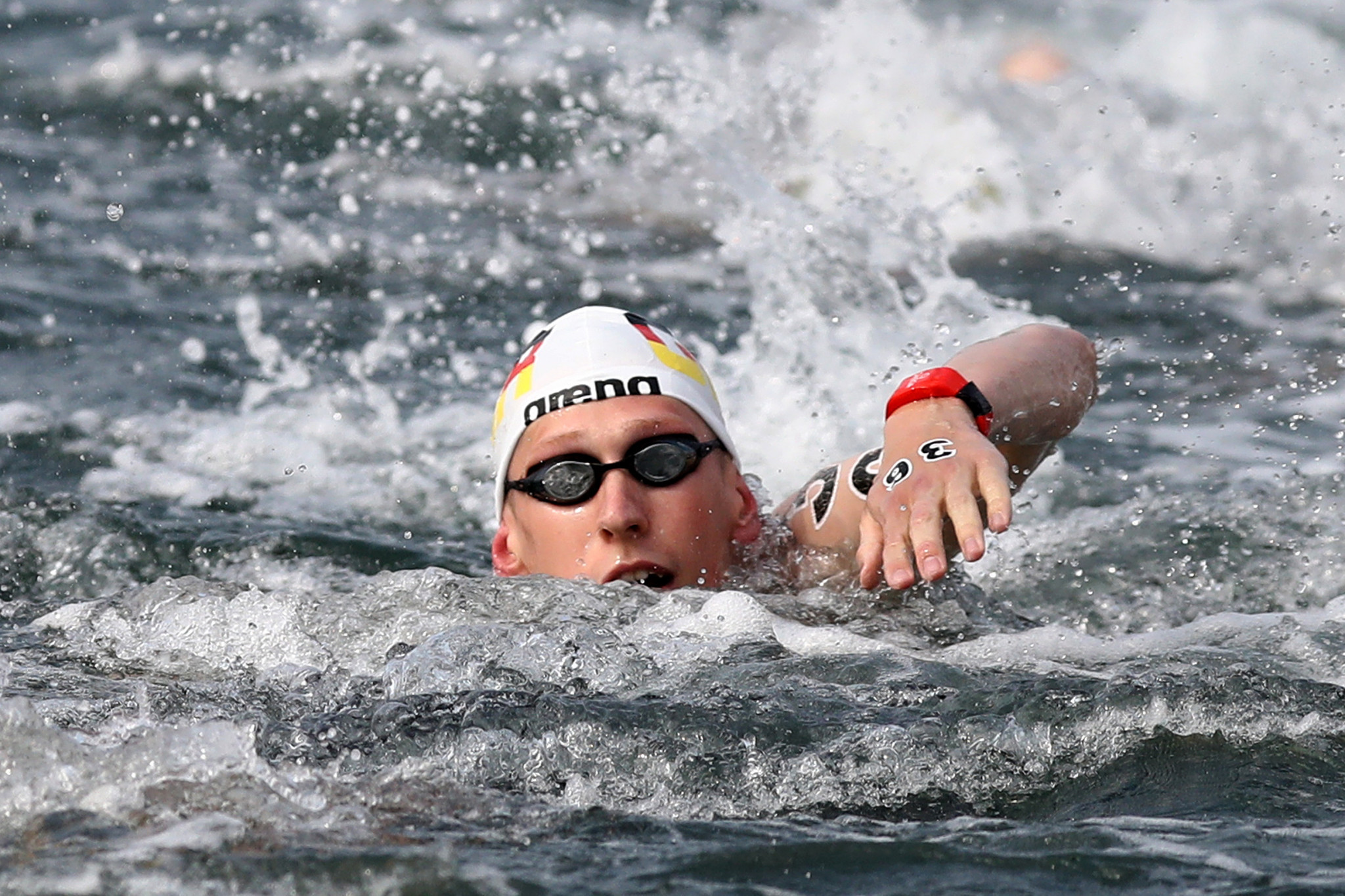 The 21-year-old claimed his maiden major title as he touched home in 1 hour 47min 55.9sec at Yeosu Expo Ocean Park.

He narrowly got the better of France's Rio 2016 Olympic bronze medallist Marc-Antoine Olivier who timed in at 1:47:56.1 on the South Korean course.

Both men were involved in a neck-and-neck scrap to the line in the final 200 metres of the race with another German in Rob Muffels emerging from the chasing pack to take bronze in 1:47:57.4.

Wellbrock led for much of the race but did strategically drop into sixth at one stage to conserve his energy for the final sprint.

"There was no strategy or key to today's race for me," the German, who won 1,500 metres gold in the pool at last year's European Championships in Glasgow, said.

"I love competing in open water swimming and I tried to be the best today.

"I train with Rob [Muffels] and we have the same coach.

"I don't think anyone likes to train alone.

"I believe that working together with Rob and also training at altitude helped both of us in today's results."

All of the top 10 qualified for the Tokyo 2020 Olympic Games with Dutchman Ferry Weertman, the reigning world and Olympic champion over the distance, among that number in seventh.

Other action on day five in Gwangju saw a highly-predictable gold for China in the diving team event.

Lin Shan and Yang Jian topped the podium in the format which sees one male and one female diver each take three attempts.

Among the six dives, three have to come from the three metre springboard and three from the 10m platform.

Lin, a three-time Youth Olympic champion, and Yang were never really challenged as they tallied 416.65 for victory.

Russian pair Iuliia Timoshinina and Sergey Nazin ended second with 390.05, followed by Andrew Capobianco and Katrina Young of the United States who scored 357.60.

"I only knew I would compete in this event one week ago," said Yang.

"We did not have time to train together.

"The most important thing was to show our best in the competition."

China have now won all eight diving events held at the World Championships so far.

Russia collected their fourth artistic swimming gold by winning the team technical routine title for the fourth time in a row.

"I don't think it was an ideal version of our routine," said Russia's Maria Shurochkina.

"But our head coach Tatiana Pokrovskaya was smiling.

"This is the main criteria of success for us.

"It means she was pleased and we did well."

New Zealand got off the mark by subjecting South Africa to a second defeat, 17-4.

In Group B Hungary and Russia both recorded their second wins with the former pipping Canada 15-14.

Hosts South Korea, who were hugely out of their depth in a 64-0 opening loss to Hungary, were thrashed again but at least had a goal to celebrate as Russia triumphed 30-1.

Group C saw a second win for Spain who beat Kazakhstan 18-6 while Greece claimed their first points by beating Cuba 20-4.

Italy picked up their second win in Group D, 9-7 over Japan, with Australia winning their first game 14-12 over China.

The top side in each group will qualify for the quarter-finals, with those placed second and third playing-off for the right to join them.

The second matches in the men's water polo tournament will also be played.

The Championships, the flagship event of the International Swimming Federation, will run until July 28.