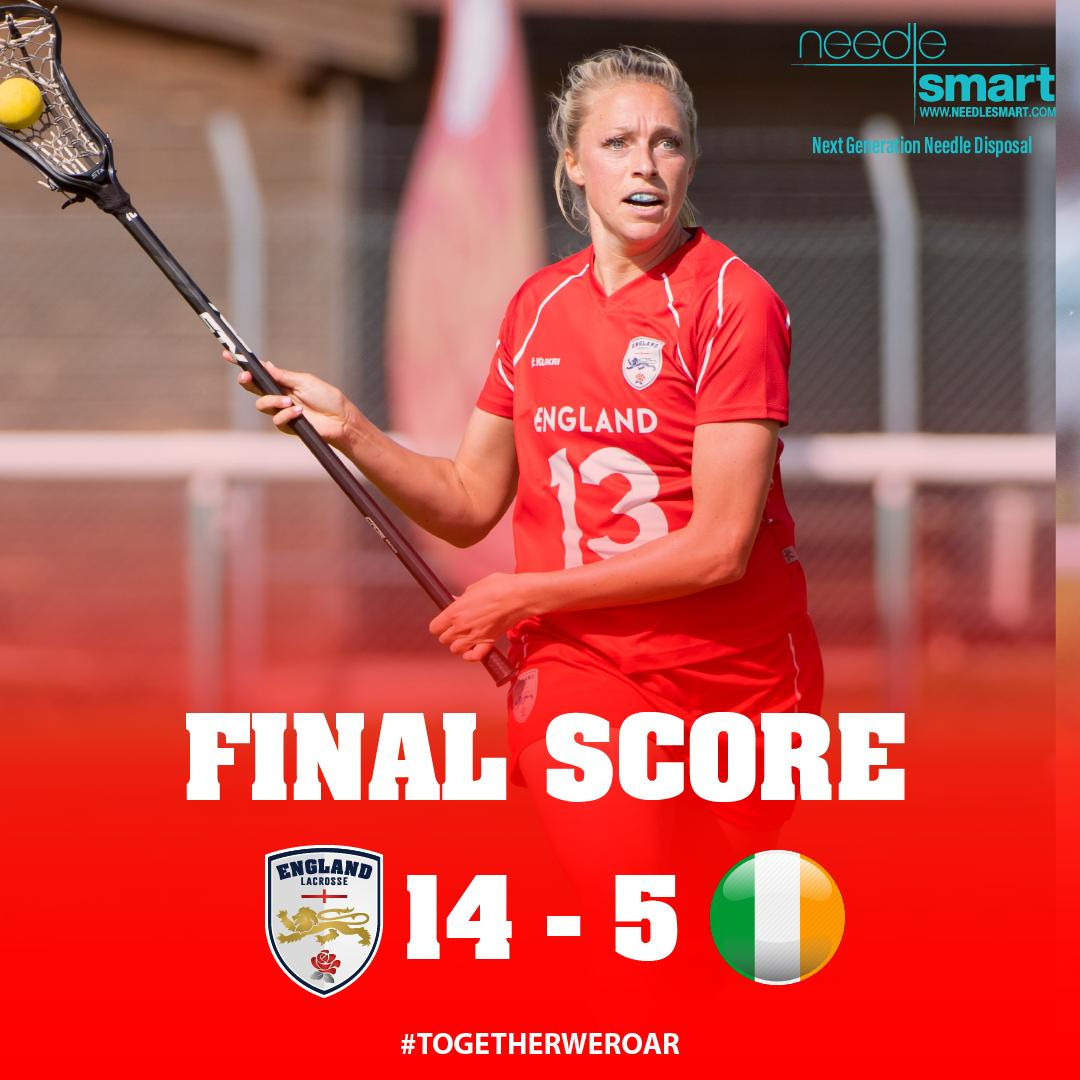 England began the defence of their Women's European Lacrosse Championship title with a 14-5 win over Ireland in Netanya today.

Jennifer Simpson top scored for the English in the Group A clash, racking up four goals at the Israeli city's Tubruq Field.

There were also braces for Claire Faram and Megan Whittle, while Lucy Lynch, Matilda Shires, Camilla Hayes, Olivia Wimpenny, Alexandra Drewe and Emily Gray all chipped in with one apiece.

Today's other match in Group A saw Wales beat Scotland 13-8.

Our ladies kick off their gold medal challenge with an opening victory against the Scots.

Action also began today in Groups B and C.

In Group B, Latvia overcame Italy 10-7 before the Netherlands claimed a 15-5 victory against Switzerland.

Czech Republic are off the mark in Group C with a 18-8 win over Austria.

They are joined at the top of the standings by Finland, 9-4 victors at the expense of Sweden.

The top two teams in Group A will go straight through to the semi-finals.

The sides ranked third and fourth will advance to the playoffs for a last-four berth, going up against the winners of Groups B and C, respectively.