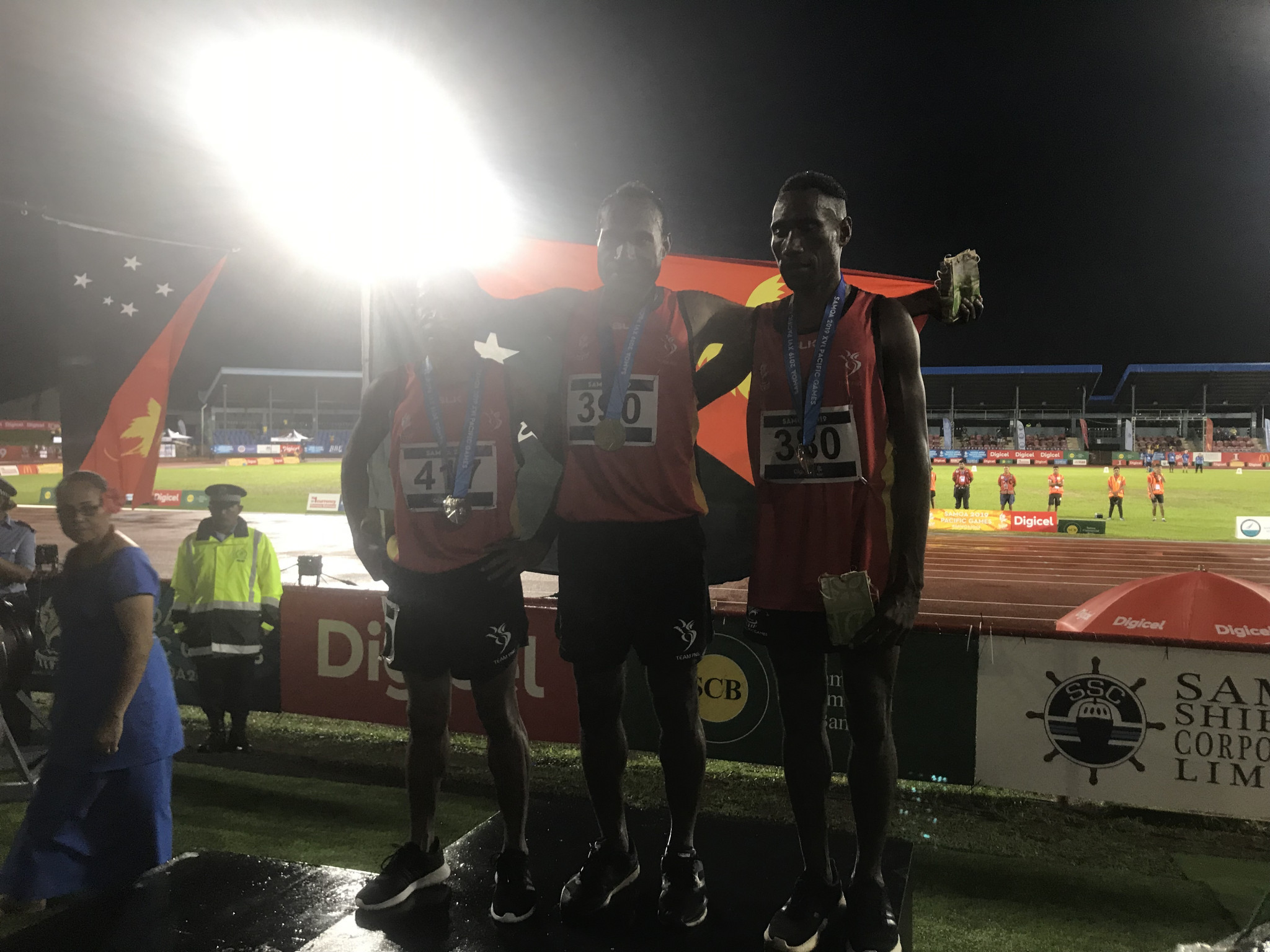 Papua New Guinea completed the first podium clean sweep of Samoa 2019 in the men's 3,000 metres steeplechase as they kick-started the athletics at the 2019 Pacific Games here in fine style.

Simbai Kasper defied extremely wet conditions at Apia Park to lead the field home and take the gold medal in a time of 9min 37.14sec.

He finished well ahead of compatriots Sapolai Yao and Andipas Georasi, who joined him on the podium after recording times of 10:14.17 and 10:16.44 respectively.

Papua New Guinea further upped their medal tally in Samoa with a one-two in the women's 5,000m.

Poro Michlyn Gahekave led the field home in some style with her time of 18:27.46 nearly a full minute quicker than team-mate Mary Tenge, who has won Pacific Games silver at the age of 18.

Elsewhere, there was a fantastic result for Wallis and Futuna as they claimed their first athletics gold of these Games in the men's javelin.

Lakona Gerega of Papua New Guinea, regarded by many as the pre-tournament favourite, and New Caledonia's Jacky Caihe both managed 52.72m.

The women's shot put was won by Ata Maama Tuutafaiva of Tonga.

She headed a podium with two 17-year-olds as Nuuausala Sialata Tuilefano from American Samoa won silver and Tahiti's Vaihina Doucet the bronze.

Away from Apia Park, the first shooting medals were won in the 25m sports pistol individual and team events.

Tahiti's Freddy Yen Kway won the individual event with a new Games record of 550, including 12 bulls-eyes, as all three medallists broke the previous record of 526.

Yen Kway was always one to watch having won two silvers at Port Moresby 2015, but here he managed one better.

Limousin got his hands on a gold in the team event alongside Joann Perchard as they shot a combined total of 1,047.

Yen Kway and partner Maeva Normand earned silver for Tahiti with a score of 1,042 to lose out by just five points.