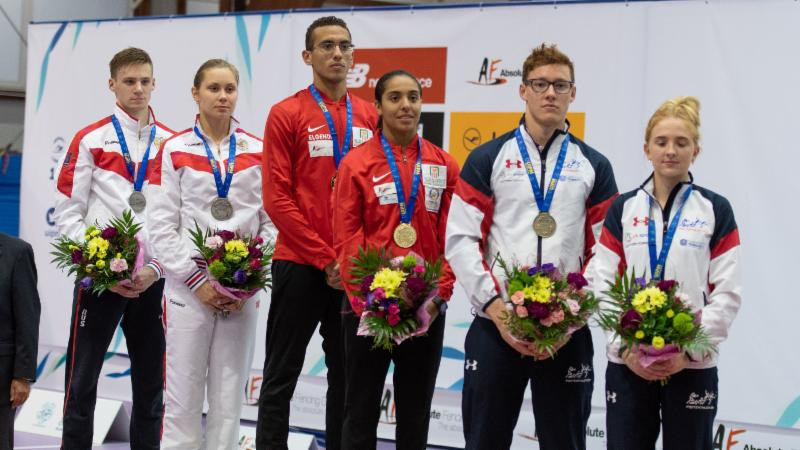 Egypt won their second gold medal of the International Modern Pentathlon Union (UIPM) Pentathlon Junior World Championships and denied Russia a fifth victory at the end of a thrilling mixed relay as the event came to an end in Drzonkow.

Salma Abdelmaksoud and Ahmed Elgendy finished a successful competition on a high, winning by 12 seconds from Kseniia Fraltsova and Andrei Zuev in a race that finished in a thunderstorm.

Great Britain's Olivia Green and Myles Pillage hung on to the bronze medal after starting the laser run in the lead.

They held off the fast-finishing hosts Poland, represented by Lukasz Gutkowski and Natalia Dominiak, to take third place by three seconds.

It proved to be a successful Championships for the Egyptian winners with both Elgendy and Abdelmaksoud finishing with gold and silver medals.

Russia topped the final medals table with four golds and a silver.

"Today again we have seen the young generation making their first steps at this high level, and the strongest countries are again winning," UIPM President Klaus Schormann said.

"I observed a lot of team spirit during the event and also between the disciplines, with the way athletes were communicating with the other nations.

"The mixed relay is a competition that all athletes like and enjoy, and it should be a part of the Olympic Games in the future."