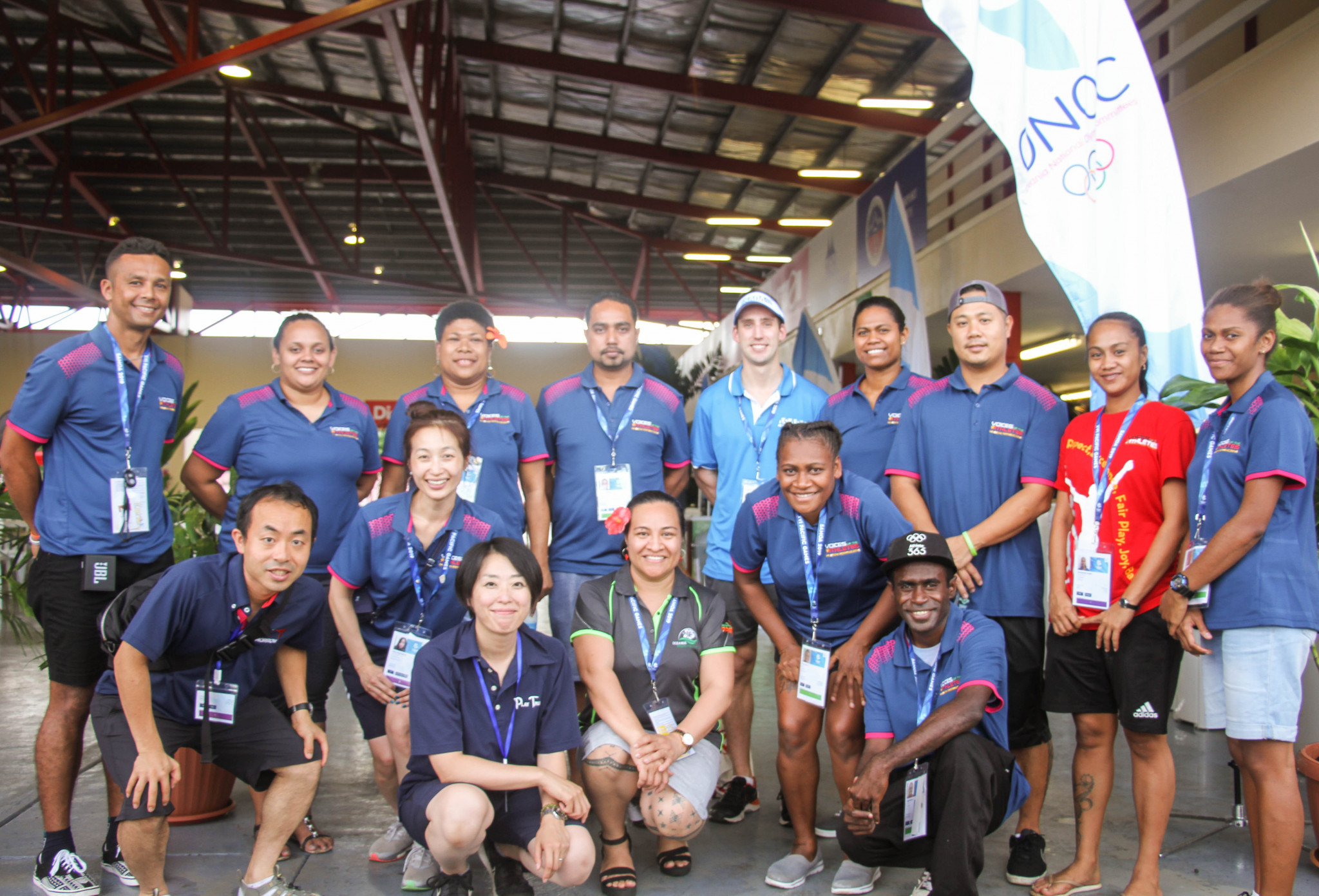 An athletes' lounge and breakout area has been set-up for those competing at the 2019 Pacific Games here as part of the "Voices of the Athletes" (VoA) programme launched by the Oceania National Olympic Committees (ONOC).

The programme, set-up in partnership with selected athletes from seven countries competing at Samoa 2019, focuses on health and well-being with the themes of "Play Safe, Play True, Go Green and Stay Healthy".

Organisers say these four themes come under the overall message of "Be A Leader" with the programme and area designed to help Pacific athletes be aware of their voices and rights.

Karo Lelai, chairperson of the ONOC Athletes' Commission, said: "In the Pacific only certain people are allowed to speak, however given the access to internet more young people are speaking up.

"In the Olympic Movement athletes have a voice and a platform to speak and the VoA programme is a wonderful channel in Oceania.

"The second reason is for athletes to speak to other athletes on messages that are important to them.

"The behaviour change messages get digested better when it's athletes reaching out to other athletes.

"I single out [Fijian beach volleyball player] Inia Korowale as one of our many outstanding VoA champions who continues to be a role model for other athletes and has the ability to speak and articulate important issues for them.

"The third reason this space is important is that it facilitates conversations with athletes about life after sport, as this is an issue that is being talked about a lot more."

Say Talofa to Inia when you at Gym 3 at the Voices of the Athletes' Booth. #respect #friendship #excellence pic.twitter.com/D23Ym1HrQ0

One of the VoA champions, Vanuatu hockey player Mary Siro, said the programme is important for an athlete as it equips them with the knowledge of competition and makes them ready mentally.

"The Play Safe activity addresses harassment and abuse that could be by other athletes, a coach or an official," she added.

She said the activity encourages athletes to open up and talk about things with someone they feel comfortable talking to.

Another VoA champion, Hector Smith Jr from Fiji Hockey, said: "Because my children will be the next generation, I feel it's important that I influence this generation in a positive way."

Rachel Smith and Richard Pettitt of Athlete365 are also present at the athlete breakout area.

They are in Samoa to promote the "Play True Legacy" initiative as the build-up continues to the Tokyo 2020 Olympic Games.