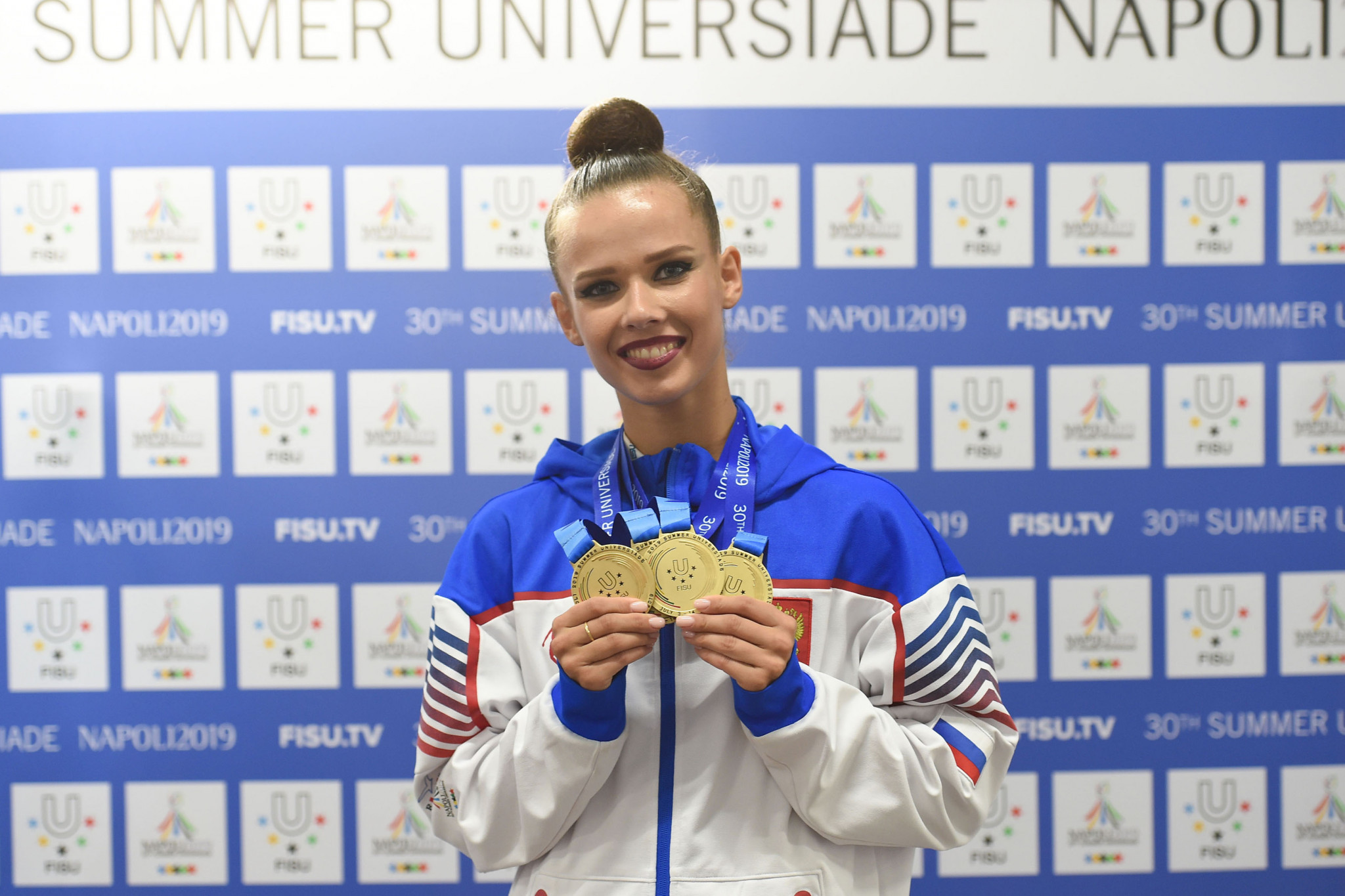 Selezneva had impressed in yesterday's all-around competition and today continued her domination in the individual apparatus events at PalaVesuvio Main Hall.

Selezneva then successfully retained her Universiade title in the ball event.

She managed 21.550 to win, with Evchik scoring 19.150 to take silver again and Estonia's Viktoria Bogdanova completing the podium on 18.850.

Selezneva completed a successful day with a gold medal in the ribbon event courtesy of a haul of 20.450 points.

Italy's Alessia Russo won silver after tying for second with Yeva Meleschuk of Ukraine on 18.700.

It was Meleshchuk that broke Selezneva's dominance, emerging victorious in the clubs with 21.050.

Selezneva had to settle for bronze having scored 20.000, while Azerbaijan's Zohra Aghamirova took second place after totalling 20.200.

There was more success for Russia as they enjoyed a rare Universiade archery gold, defeating favourites Chinese Taipei 5-1 to win the men’s team recurve title at the Royal Palace in Caserta.

The bronze went to the United States after they won 6-2 against Switzerland.

South Korea had won all the recurve competitions in Taipei two years ago and retained three of them today.

The women’s team got the golden treble started with a 5-1 triumph against Russia, as Ukraine took bronze, defeating Switzerland 6-0.

Winning duo Kang Chae-young and Choi Mi-sun earlier faced off for the women’s individual title, with Kang taking the honours in a shootout.

Lee Woo-seok added another South Korean gold with a 6-2 victory in the men's recurve against Russian Erdem Tsydypov, while Japan’s Yuta Ishii claimed bronze with a 6-4 triumph against Chinese Taipei’s Wei Chun-heng.

The Chinese Taipei star saw off Uzbekistan's Khumoyan Sultanov to win 2-1 in sets.

The bronze medallists were Ivan Ghakov of Russia and Frenchman Lucas Poullain.

The first medals were awarded in the water polo at the packed Piscina Scandone as Hungary edged past hosts Italy in the women's final, disappointing the crowd with an 8-7 victory.

Bronze went to Russia after they thrashed Canada 22-7 earlier in the day.

Football and volleyball both came to a conclusion with the men's finals.

Japan eased past Brazil 4-1 to win the football at Arechi Stadium in Salerno, with Italy completing the podium thanks to a penalty shootout victory after their match against Russia ended 2-2.

The PalaSele in Eboli was packed with Italian fans tonight, all willing their team on against Poland in the men's volleyball final.