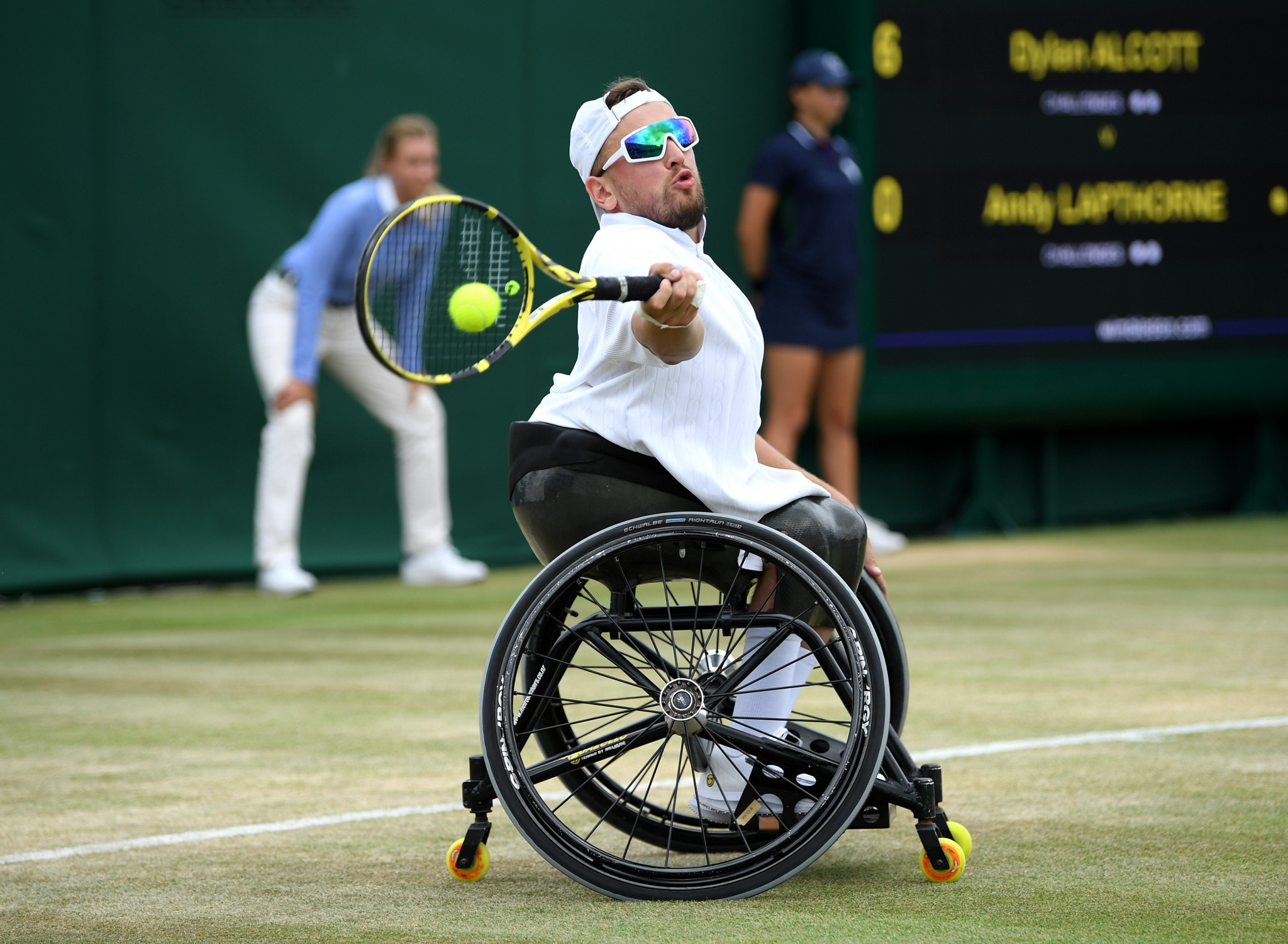 Lapthorne had spent four months out with a broken wrist prior to the tournament, which appeared as an exhibition event last year.

Alcott told BBC Sport: "Andy is an absolute legend, but more important he is a great bloke.

"To come out at Wimbledon and get to play on the grass, for a kid who grew up in a wheelchair, it was a dream come true."

Joachim Gerard of Belgium and Stefan Olsson of Sweden saw off defending champions Alfie Hewett and Gordon Reid in the men’s wheelchair doubles.

Gerard and Olsson, the Australian Open champions, cruised to a 6-4, 6-2 triumph.

That result saw them bounce back from their defeat to the same opponents – who are three-times winners at SW19 – in last year’s final.