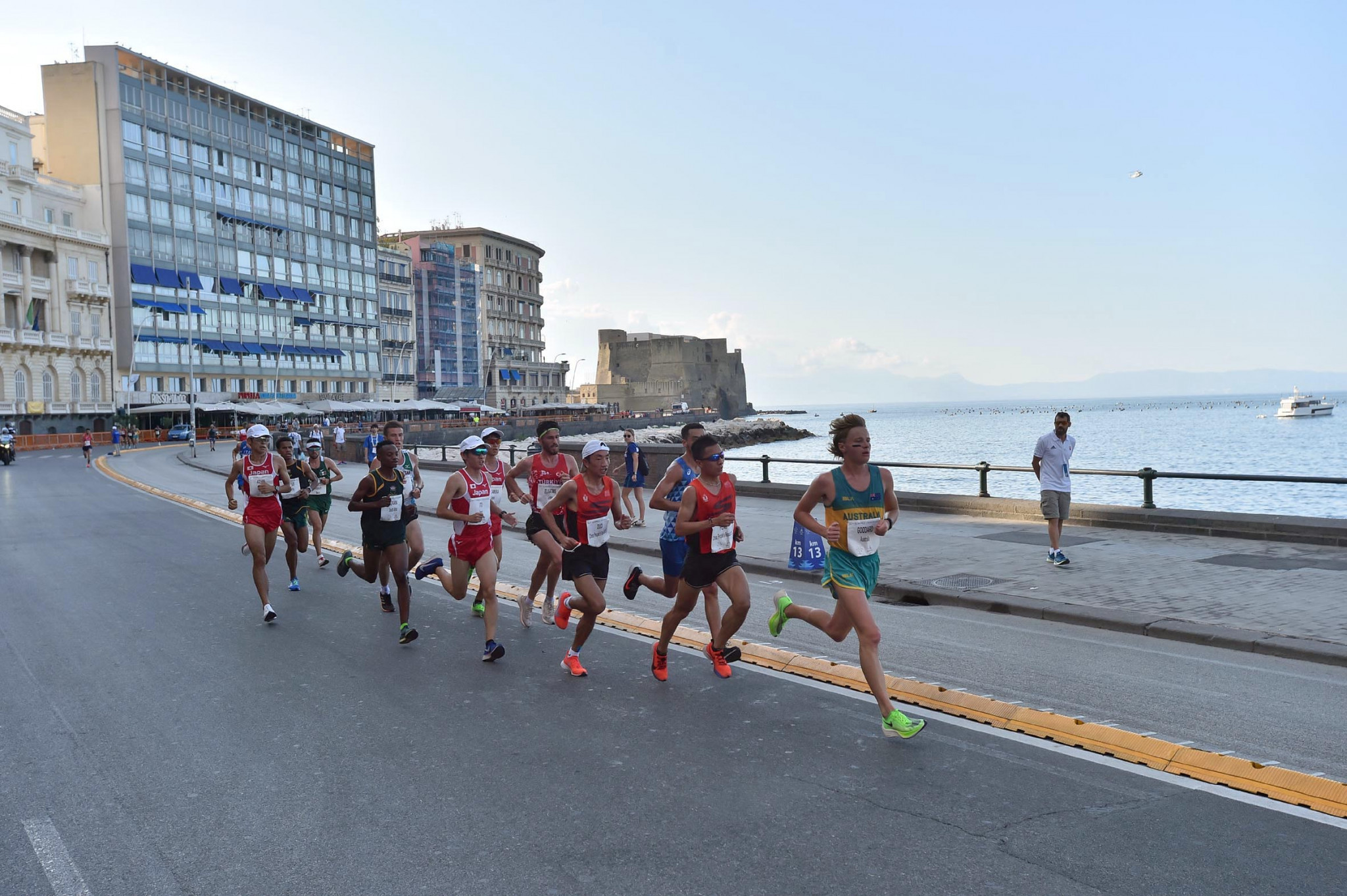 China's Bujie Duo and Jianhua Peng have been disqualified from the 2019 Summer Universiade men's half-marathon here after receiving refreshments outside of the official zones, violating an International Association of Athletics Federation (IAAF) competition rule.

Duo had finished third in this morning's race with a time of 65min 44sec, while Peng was fifth in 65:50.

Reports of athletes receiving food and drink outside of the official zones had emerged shortly after the event concluded, with an International University Sports Federation (FISU) spokesperson confirming that the matter was being investigated.

A jury has now decided that IAAF Competition Rule 240.8 H was indeed violated, with Duo and Peng's results discounted.

Following the disqualification, the Chinese delegation filed an appeal.

The competition jury rejected this appeal and upheld the disqualification.

As a result, Japan's Tatsuhiko Ito has now received the bronze medal with his time of 65:48.

It means that Japan achieved a clean sweep in both the men and women's races.

In the women's race, Yuka Suzuki was the victor after crossing the line in 74:10, beating compatriots Rika Kaseda in 74:32 and Yuki Tagawa in 74:36.

A medal ceremony will be held this evening during the athletics event at San Paolo Stadium.