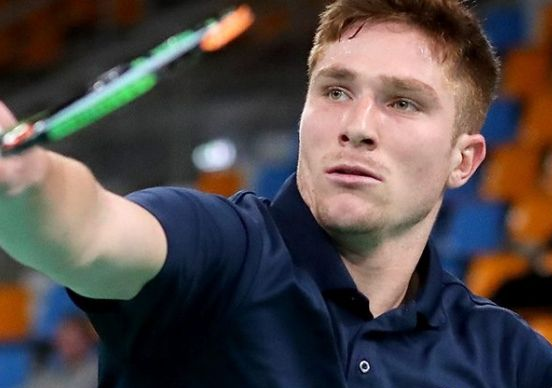 Tahiti’s Remi Rossi celebrated a hat-trick of gold medals on the final day of badminton action at the Samoa 2019 Pacific Games.

Strong performances during the early rounds of competition had seen Rossi advance to the men’s singles, doubles and mixed doubles finals.

Rossi was joined on the podium by his compatriot Louis Beaubois, who battled to an 18-21, 22-20, 21-17 win over Quentin Bernaix in an all-Tahiti bronze medal match.

The men’s doubles saw Rossi team up with Rauhiri Goguenheim to impressive effect, as they beat Bernaix and Tarepa Bourgery 21-16, 21-13.

Ronan Ho-Yagues and Morgan Paitio completed the podium places behind the teams from Tahiti.

Rossi’s third title of the day came with Coralie Bouttin, as the pairing overcame Burty Molia and Karyn Gibson of Fiji in the mixed doubles.

Paitio won a second bronze medal of the day as he and Johanna Kou beat New Caledonia team-mates Yohan De Geoffroy and Cecilia Moussy 21-15, 21-10 to seal a podium spot.

Kou won the women’s doubles title for the third time at the Pacific Games, pairing up with Matauli to beat Fiji’s Karyn Gibson and Andra Whiteside 21-17, 21-13 for gold.

Bronze was earned by Bouttin and Tau, as the Tahiti duo overcame Fiji’s Whiteside and Alissa Dean.

Tommy won Vanuatu’s fourth gold by beating Yee of Fiji in the women’s final, while Solenn Danger of New Caledonia took the bronze.

Four Para table tennis titles were also on offer, with Tuvalu celebrating their first gold of the Games when Ioane Hawaii beat Tahiti's Mateau Tehei in the men's seated singles.

New Caledonia swept the gold medals at the end of the four days of golf competition.

In the team golf, New Caledonia won both the men's and women's with Samoa earning two silvers.

Fiji won bronze in the men's team, while Tahiti came third in the women's event.