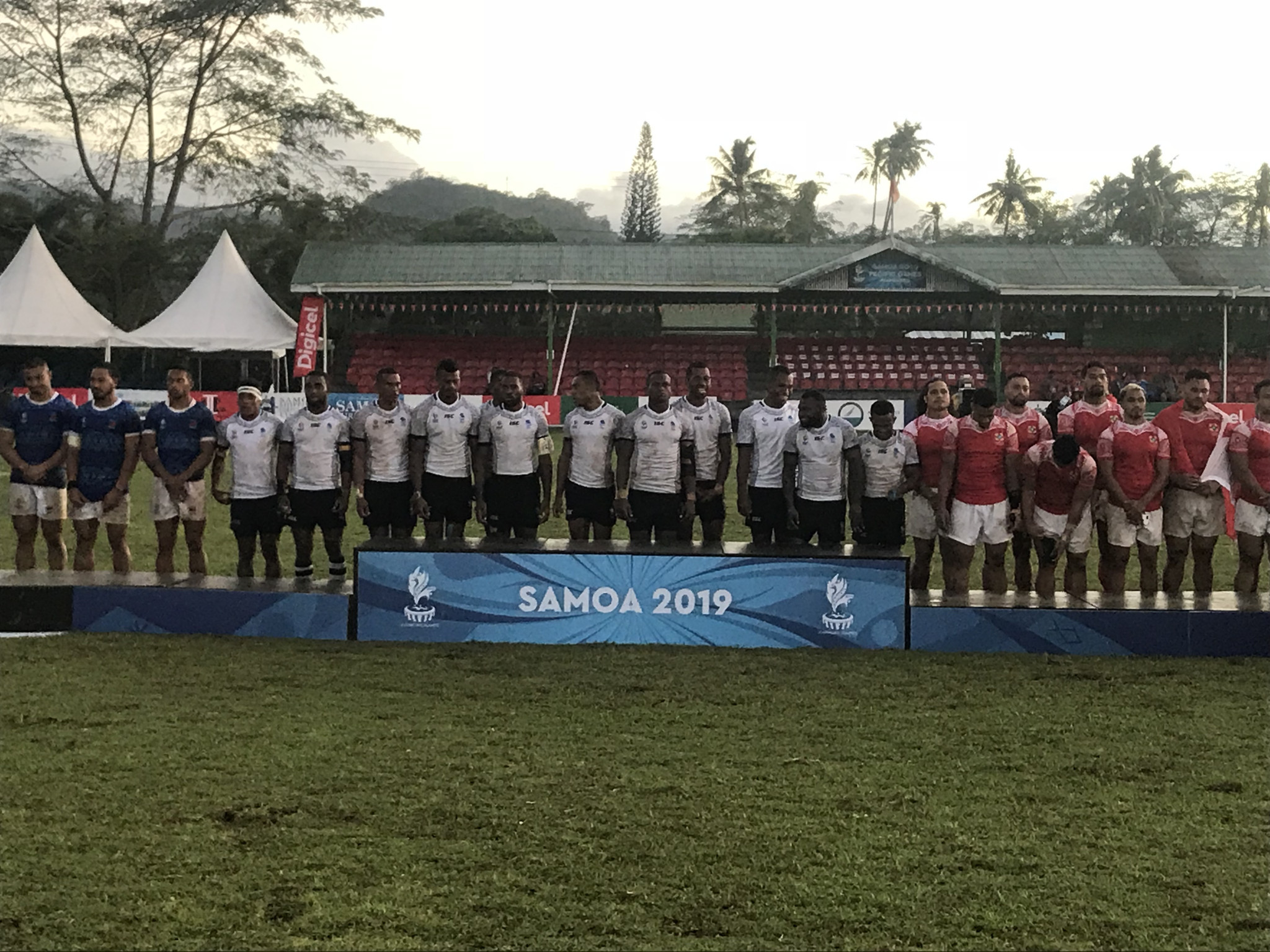 Fiji claimed victories in two of the most hotly anticipated events of the 2019 Pacific Games - the men's and women's rugby sevens.

The men's team added their continental title to their Olympic and World Series trophies with a hard fought 7-5 win over hosts Samoa at Marist St. Josephs Stadium, which stood in as host after the pitch and surrounding areas at Apia Park were decimated by heavy rain during the opening ceremony and rugby league nines.

Earlier the women's team caused an upset as they defeated Olympic champions Australia 14-5.

In the men's final, Samoa - who won the 2017 Pacific Mini-Games title - started on top, however Fiji opened the scoring with a breakaway try that, crucially, was converted.

A sin-bin for Fiji allowed Samoa to resume their pressure, and they did score a try before half time, but out wide near the touchline.

Absolute dejection for Samoa players, who gave their all but came up short against the world champions pic.twitter.com/EGUFKp1LvV

The conversion proved too difficult and Fiji remained 7-5 ahead - a lead they maintained through to the end with some last ditch defending and crucial tackles in the second half.

Earlier, Fiji's women held off Australia for the first part of the rugby union double, and what is a rugby quadruple after their men's and women's rugby league nines teams also won gold.

Fiji scored and converted a try in the first minute against Australia, and kept their advantage from then out, as the Samoan crowd cheered them on in Pacific island solidarity.

Australia responded bit could not convert their try, and Fiji were able to keep them at arms length to the end, even amid vaguely farcical scenes as a dog ran onto the pitch and evaded capture by the stewards for several minutes in the second half.