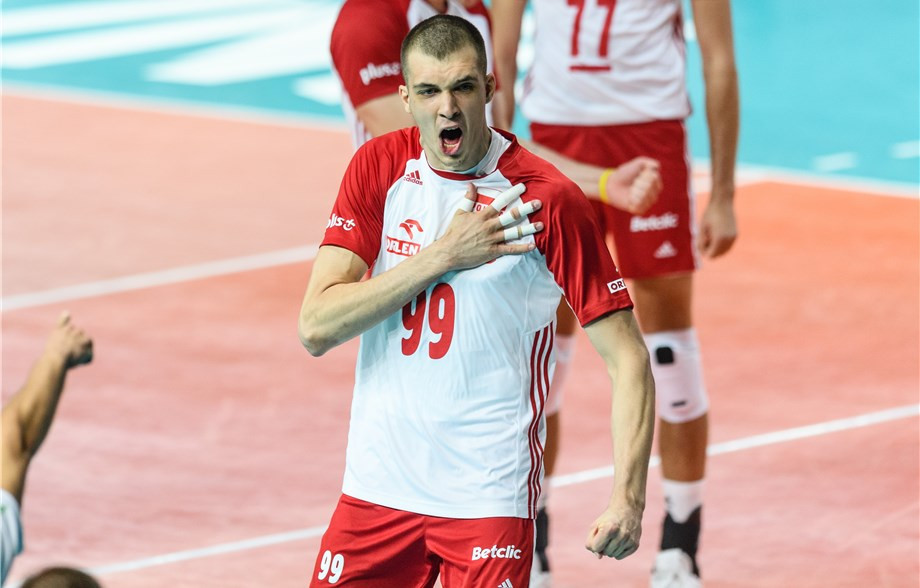 Poland and Russia won their pool matches against Iran and France, respectively, to secure their place in the last four of the International Volleyball Federation Men’s Nations League final round in Chicago.

In the process, hosts the United States also reached the semi-finals before even playing their last Pool A match as France were eliminated with consecutive losses.

An inspired young Polish team came away with a 21-25, 25-18, 25-20, 25-22 win against Iran in Pool B today, successfully following up their stunning five-set victory over Brazil yesterday.

Iran are now in a must-win situation against Brazil tomorrow, with the victor gaining Pool B’s second spot into the semi-finals.

"It is an incredible feeling because we are fighting with the heart," Poland captain Karol Klos, who contributed 11 points, said.

"I think today was even harder than yesterday because we had less power, less energy.

"We are for sure first and in the semi-finals.

"I think that is an incredible score for us, but we want more."

Well-earned celebration for Russia 🇷🇺 as they shut down France 🇫🇷 with a marvelous block - 20 points in three sets! 🙌

Defending champions Russia’s defence shone against France, with a 20-7 block advantage resulting in a 25-16, 25-23, 25-17 victory with a balanced scoring attack.

Ilyas Kurkaev led an impressive Russian defence at the net with seven blocks as part of a team-high 11 points that included four attack points.

Dmitry Volkov, Ivan Iakovlev and Viktor Poletaev all contributed 10 points in the win.

"We are not thinking right now of the continuation of the previous tournament," Russia captain Igor Kobzar said.

"We are just thinking about the next match.

"We need to play better each game."

When asked what areas Russia needs to improve to win the tournament again, Kobzar added: "All the components and to play better."

Russia play the US tomorrow in a match that will determine the winner of Pool A.

It comes after the Pool B meeting between Brazil and Iran.

The semi-finals are due to take place on Saturday (July 13) before the final and third-place playoff take centre stage on Sunday (July 14).