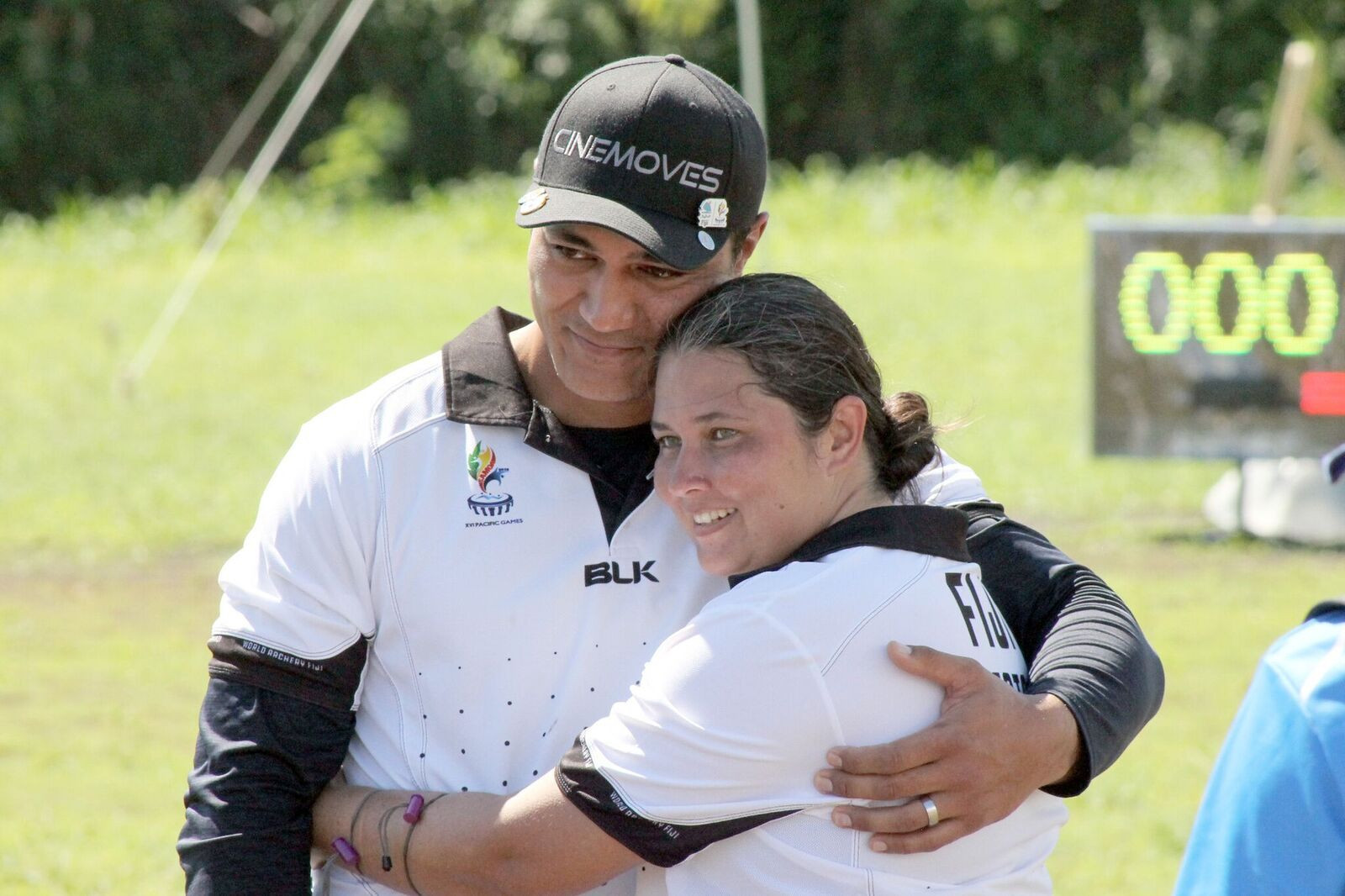 A married couple from Fiji won three of the six archery medals available here today, including two golds, at the 2019 Pacific Games.

Lisa Leota had to settle for a silver in the women’s compound as New Caledonia's Cecile Picot, got gold, however she was followed by husband Fred winning gold in the men’s individual compound.

The Leotas then combined forces to win in the mixed team compound division, as New Caledonia won the silver medal.

Samoa's Mathew Tauiliili won the bronze in the mixed team compound alongside Naifoua Vise Timai, having been a late replacement for his country's Prime Minister, Tuilaepa Aiono Sailele Malielegaoi, after the 74-yer-old withdrew to allow the 17-year-old to compete.

For Vise Timai it was her second bronze of the day after coming third in the women’s compound division.

In the other events, Samoa claimed the gold medal in the mixed team recurve, with Tonga winning silver and New Caledonia bronze.

Jil Walter, teamed up with father Muaausa, added Samoa’s second gold medal of the archery after a close final with Tonga’s Hans Arne Jensen and Meig Tuuakitau, who settled for silver.

The bronze medal was taken by Anthony Clerte and Isabelle Dussol of New Caledonia.

Walter, winner of Samoa's first gold medal of the Games on her 18th birthday earlier this week, was denied another solo gold when she was out-scored by the Dussol in the women’s recurve, with Isabelle Soero taking the bronze medal for New Caledonia.

In the men’s recurve, the gold went to Tahiti with Jean-Pierre Winkelstroeter.

Elsewhere, there was yet another gold for medal table leaders New Caledonia in the mixed doubles table tennis, as Lorie La and Ronan Aubry beat the Vanuatu pair of Anolyn Lulu and Yoshua Shing in the final at the Harvest Centre.