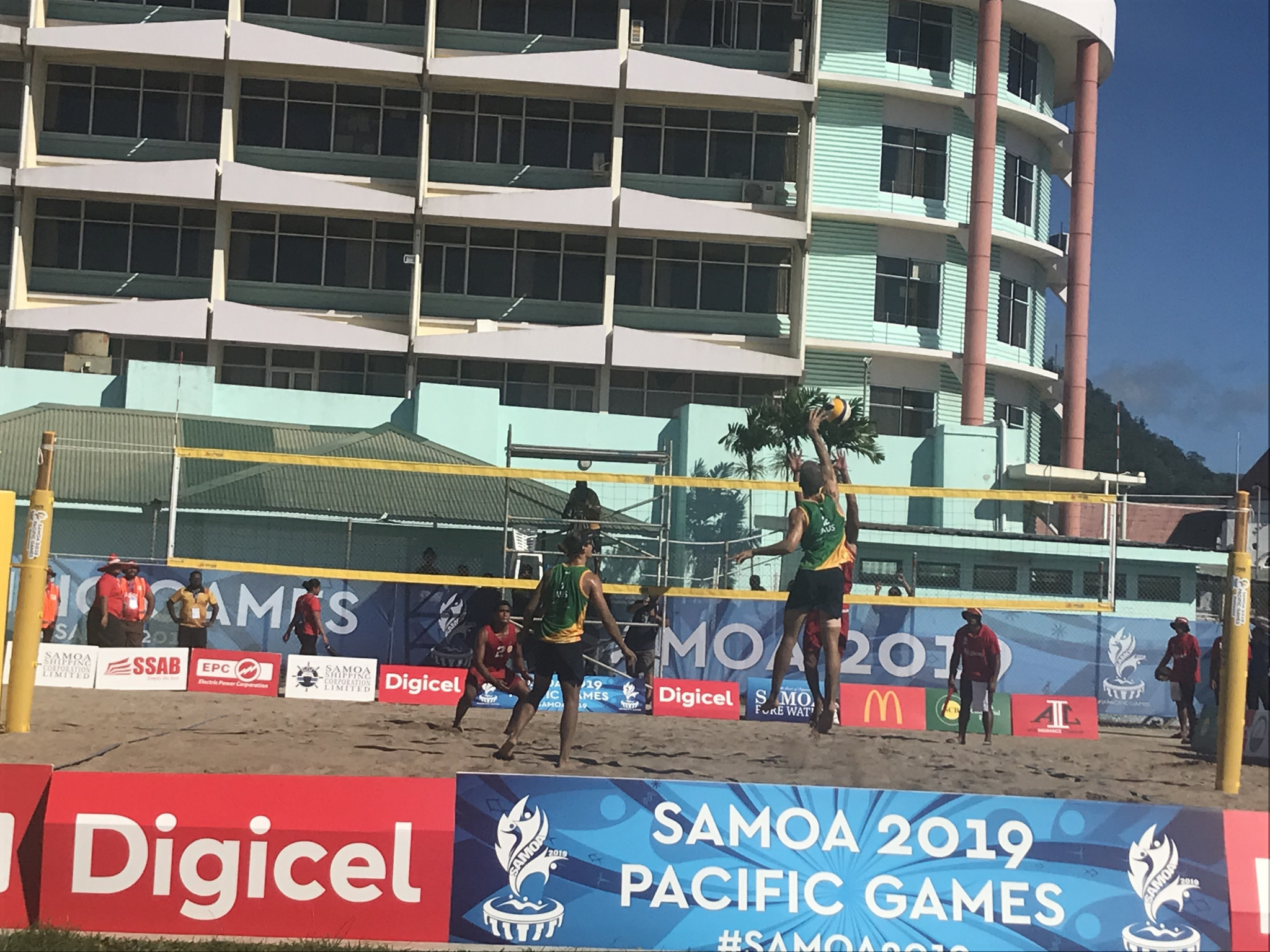 Australia claimed victory in the men’s beach volleyball at the 2019 Pacific Games – despite one player being “unable to jump or walk” – while Vanuatu won the women’s event in front of a packed crowd on Apia Waterfront.

The Australian pair of Marcus Ferguson and Tim Dickson beat the Tahiti team of Terau Ena and Jeremie Paraue in three sets, 21-9, 19-21, 15-9.

The Australians raced ahead in the first set, Ferguson’s serve proving particularly vicious against a Tahiti duo who seemed to lose heart at an early stage.

However Dickson suffered a strained quad muscle at the end of the first set, and with his movement severely hampered, Tahiti were able to fight back.

At the start of the third set, Dickson called a medical time-out, and a combination of the treatment and the time to refocus allowed him and Ferguson to deliver Australia’s first ever Pacific Games gold in beach volleyball.

Speaking exclusively to insidethegames after the match, Dickson said: “It was my quad, I sprained it to some degree, it felt fine then I landed after a block, it buckled and I realised I couldn’t really walk – but it feels better after a win.

“I think it was more mental, coming out of that medical time out and feeling much better, and it was a good chance to step back and just relax a bit.

“I’m a bit speechless at the moment, we were running off pure adrenaline in that last set, I couldn’t jump so the adrenaline was carrying us through – I’m pretty emotional.”

Ferguson said: “I’m feeling a little shaky, it was really extreme and intense the whole time.

“We ground it out the whole match and put our bodies on the line to the very end, but I’m real stoked, real happy, real proud.

“In the third set we just had to clean up, add a bit more structure to our game, keep patient and stay at it, we just took it one point at a time.

“Olympics is probably a bit too close for us to aim for, but maybe 2024 in Paris we’re definitely striving for.”

Tahiti suffered a second final defeat of the day in the women's event, Vaihere Fareura and Emere Maau beaten in straight sets by Miller Pata and Shersyn Toko, who were cheered on by a sizeable, colourful and noisy Vanuatu fan base to a 21-12, 21-18 win.