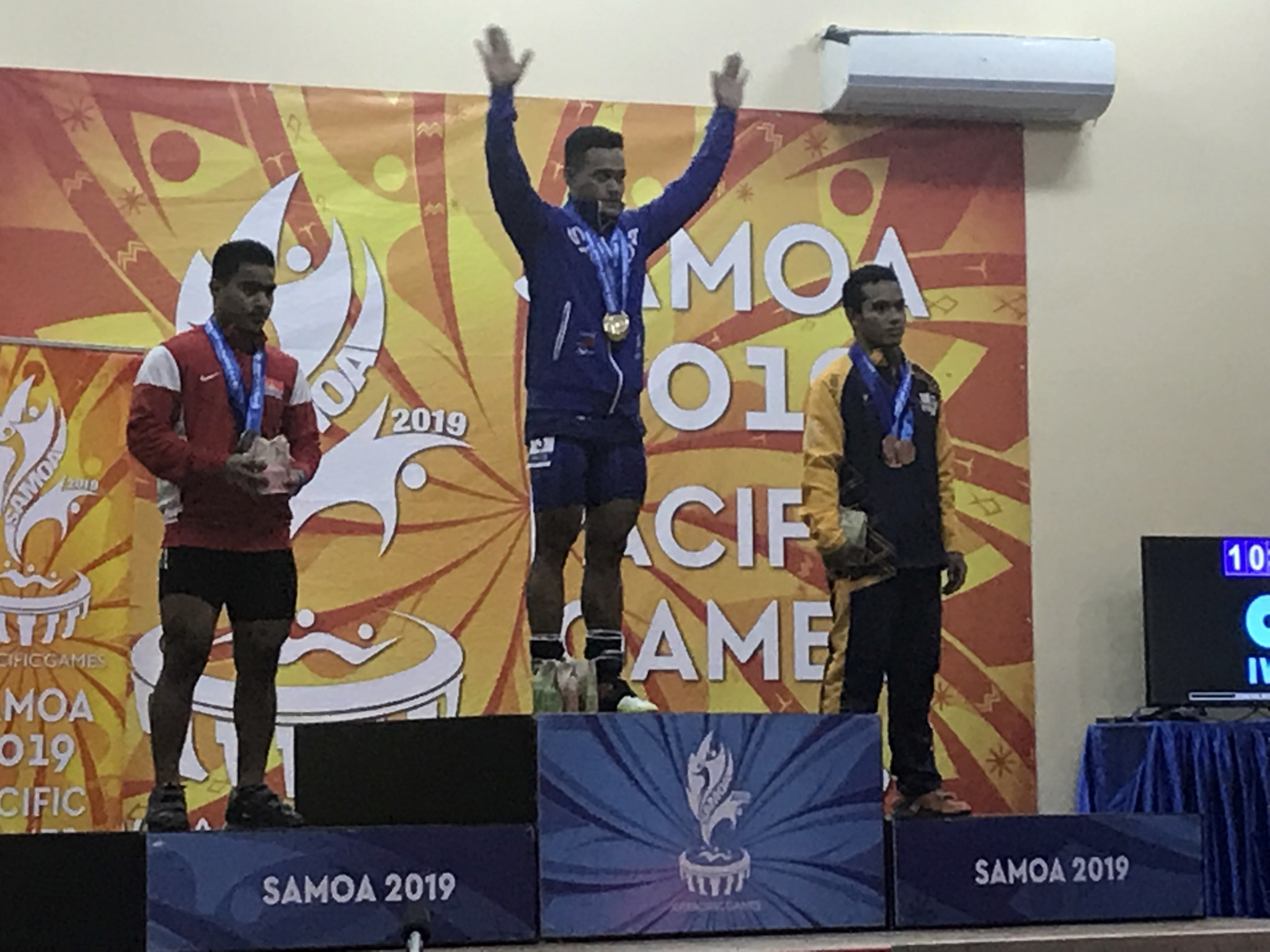 There was delight for the 2019 Pacific Games host nation as Samoa's Vaipava Nevo Ioane took all three gold medals in the men's 67 kilograms weightlifting competition here.

Ioane, Samoa's flagbearer at the Opening Ceremony, lifted 125kg in the snatch and 164kg – equalling the Commonwealth record – in the clean and jerk.

His overall total of 289kg is a new record for Oceania.

Ruben Katoatau of Kiribati won the three silver medals, followed by Ezekiel Moses of Nauru in the bronze medal positions.

Ioane looked emotional as he received his total gold from the Samoan head of state, Afioga Tuimalealiifano Vaaletoa Sualauvi, and afterwards the 31-year-old described these medals as the most meaningful of his career.

He told insidethegames: "It's a dream come true.

"I want to thank my family, my wife and two boys for supporting me.

"I'll stay competing, I won't retire until I'm 40, I'm trying to qualify for the Olympics.

"Today I'm just happy to win in front of my country."

New Zealand's Kanah Andrews-Nahu took a clean sweep of the golds in the women's 76kg after an intense tactical battle with team-mate Bailey Rogers and Australia's Stephanie Davies.

In the clean and jerk, Andrews-Nahu, Rogers and Davies all upped their weights in an attempt to get one over in a very close battle for the medals.

Andrews-Nahu lifted 112kg on her final attempt at the clean and jerk – to go with 94kg in the snatch – to take the victory in all three events at the last opportunity, to which she celebrated wildly.

There was drama in the men's 73kg as Kiribati's Taretiita Tabaroua – winner of the snatch – failed twice at 163kg in the clean and jerk to hand that gold and overall victory to Brandon Wakeling of Australia.

Wakeling then lifted 167kg, a new Oceania clean and jerk record, to cement his place as champion.

He lifted 290kg in total for gold, while Tabaroua lifted 124kg in the snatch to win.

Nauru took three bronzes via two different weightlifters – Ika Aliklik in the snatch and Larko Doguape in the clean and jerk and total.

There was a gold medal for Nauru earlier, however, as Maximina Uepa emerged as the winner of the women's 71kg event.

She won silver in the snatch and also took the gold medal in the clean and jerk.

Australia's Ebony Gorincu won the gold in the snatch.

Tiiau Bakaekiri of Kiribati won silver in the clean and jerk, which also earned her second place in the snatch event.