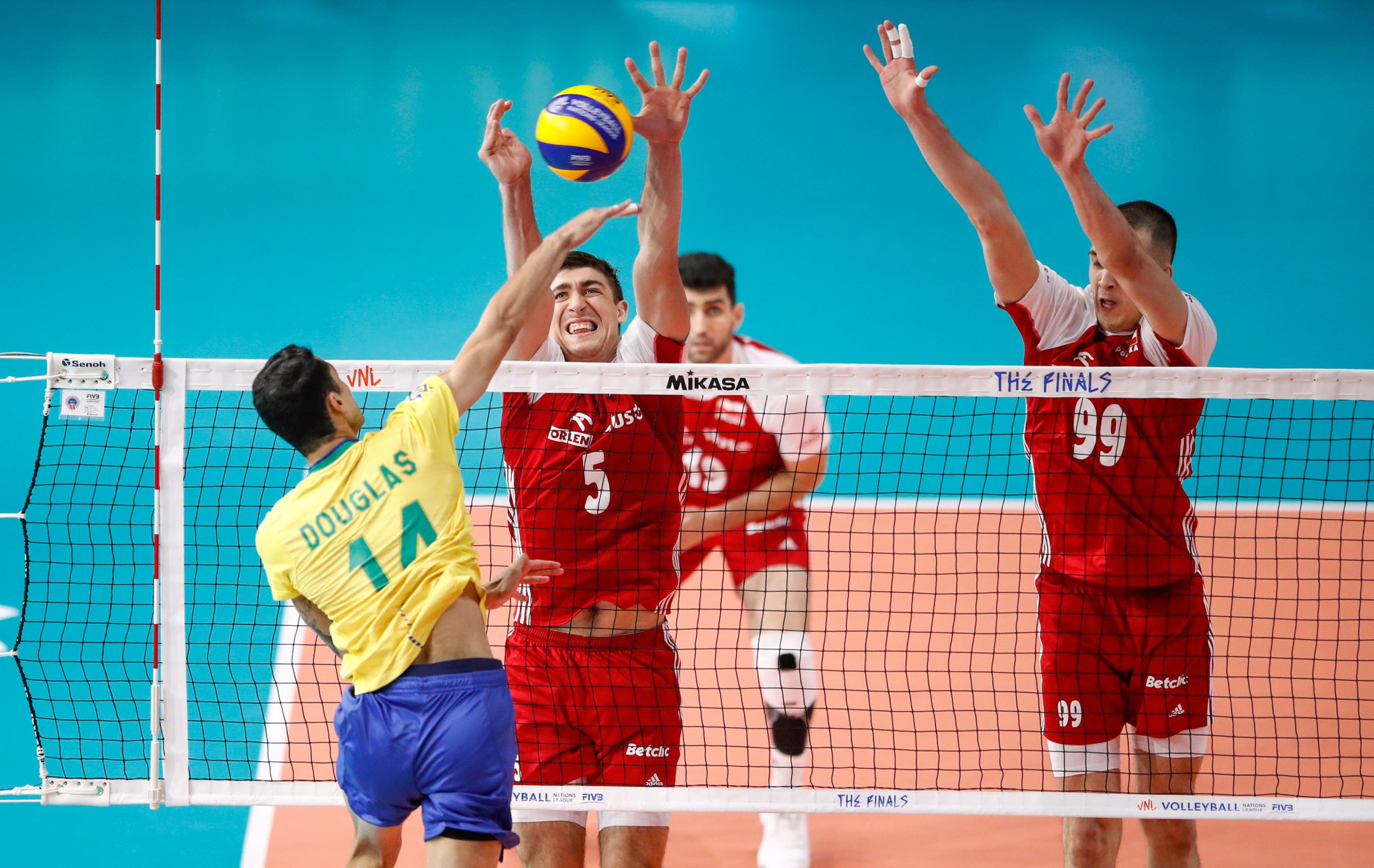 Hosts United States were also victorious on day one as they saw off France at the Credit Union 1 Arena.

Poland beat Brazil in the final of both the 2014 and 2018 World Championships and stunned the South Americans again in an epic five-set encounter in Pool B.

Bartosz Bednorz starred for the Europeans with 18 points, including 17 attacks and a block.

Polish skipper Karol Klos added 15 points to the score with his five blocks a team high.

Wallace De Souza's 21 points proved to be in vain for a Brazilian side which came fourth at the inaugural Nations League last year.

"Poland fans are great across the globe, whether in Poland, Australia or here in Chicago," Poland head coach Vital Heynen said.

"We started off the match well, but then things went a lot better for Poland," he said.

"They played a lot better than us today.

Maxwell Holt led the way with 17 points for the triple Olympic gold medallists at the biggest volleyball event on American soil since the Atlanta 1996 Olympics.

"I think it feels great to get the first win in the VNL Finals – it is a big deal," US head coach John Speraw said.

"It wasn't a very pretty match on either side, and I think [France head coach] Laurent [Tillie] would probably agree with me.

"I am just pleased to win enough points to move on to the next match."

The top two sides from each pool will qualify for the semi-finals.

Tomorrow's matches see France take on Russia in Pool A in a repeat of the 2018 final.

Russia won that match in straight sets so France will be looking for revenge as they bid to keep their tournament alive.

In Pool B, Poland can guarantee a semi-final place if they beat Iran.

The Iranians have had far from ideal preparation after they were reportedly held up at Chicago's O'Hare International Airport for more than four hours on arrival.

"We have to play a little smarter than today," said France captain Benjamin Toniutti.

"We tried to kill every ball and we know that is rather difficult against this kind of block.

"Tomorrow will be the same against Russia as they have a strong block as well."

The six teams contesting the final round qualified after each country played 15 round-robin qualification matches across the world.

Brazil qualified top, losing only once.