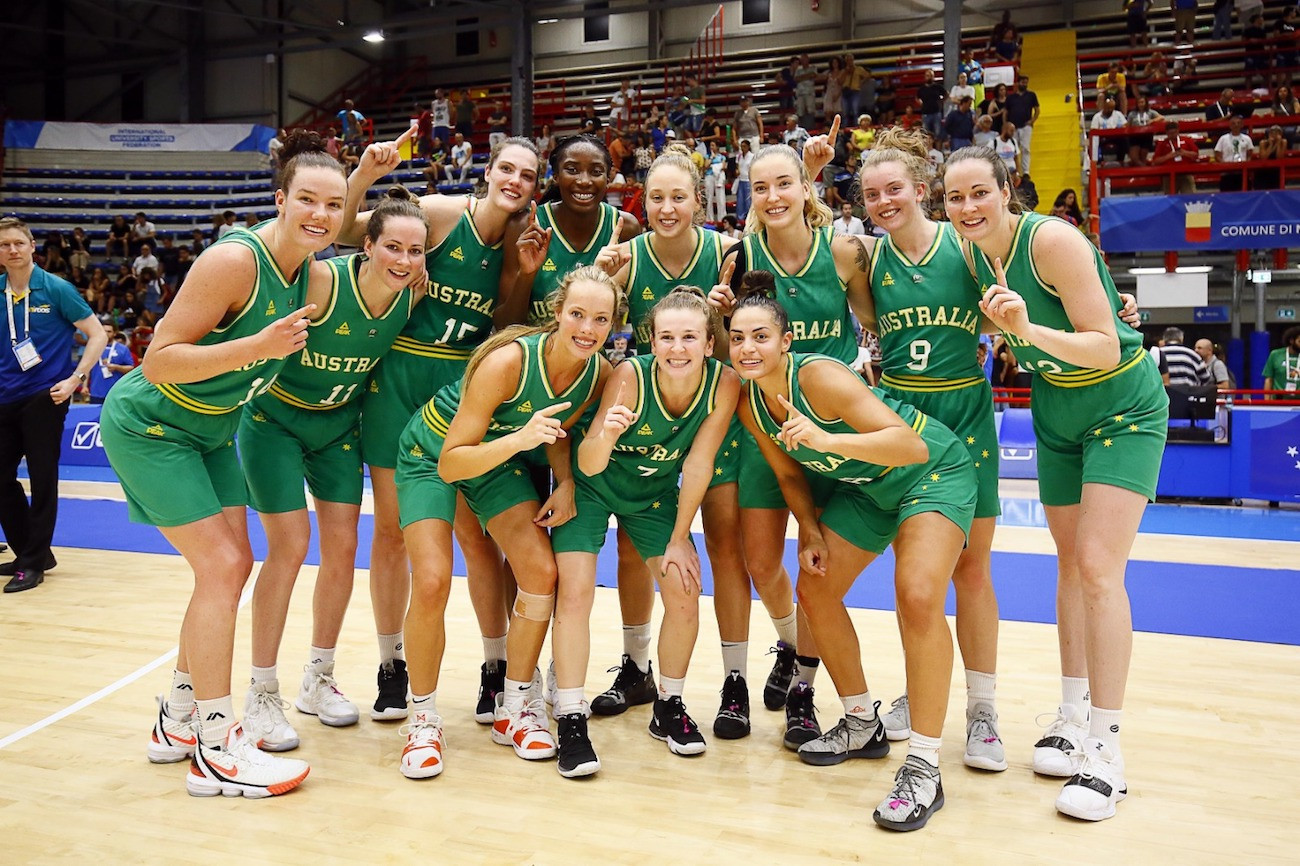 With the first two quarters fairly even, the teams went into the half-time break with Australia leading 37-34.

A dominant third quarter then saw the defending champions get away from their opponents, finishing with a 66-48 advantage.

Despite a last-gasp attempt at a comeback from the US, Australia held out in the final quarter to add to their 2017 victory in Taipei, with Abigail Wehrung, Alex Sharp, Keely Froling and Lauren Scherf collecting their second Universiade gold medal.

"I am super proud, super proud of the girls, of the whole team," said captain Wehrung.

"It is really exciting.

"We knew the game was going to be tough, but we were super fired up and determined.

"We executed the game plan, and are happy to have the win."

It is the third time that Australia have topped the Universiade women's basketball podium in their history, having also triumphed at Bangkok 2007.

The bronze medal went to Portugal after a dramatic 76-59 victory over Taipei 2017 runners-up Japan.

There was more success for Australia in the athletics at the San Paolo Stadium, with Catriona Bisset winning the women's 800 metres in 2min 01.20 sec.

"I cannot believe it," she said.

"It happened so quickly.

"At the start I felt confident even though I had doubts as well.

"It is amazing to win gold."

Bisset became the first Australian woman since 2008 to run a sub-two minute time at the UniSport National Championships in April, setting a record with a time of 1:59.78.

The nearest opponent to the 25-year-old was Germany's Christina Hering in 2:01.87.

Mexican athletes enjoyed their time on the track, topping the podium in both the men and women's 400m.

Paola Moran Errejon was the victor in the women's event, recording a season's best of 51.52sec and finishing 0.06 seconds ahead of Uganda's Leni Shida in 51.64.

Third place was taken by France's Amandine Brossier in a personal best 51.77.

Valente Mendoza Falcon replicated his compatriot's success in the men's race, winning in 45.63, a personal best.

In second was Kazakhstan's Mikhail Litvin in 45.77, with South Africa's Gardeo Edward Isaacs coming third with 45.89.

There was joy for the hosts as Ayomide Folorunso kept her women's 400m hurdle title which she had won at Taipei 2017.

Nazim Babayev secured gold for Azerbaijan in the men's triple jump, managing a distance of 16.58 metres.

Can Özüpek's effort of 16.38m earned the Turkish athlete silver and bronze went to Brazil's Mateus Sa with 16.36m.

Bulgaria's Tihomir Ivanov recorded a season's best of 2.30m to triumph in the men's high jump.