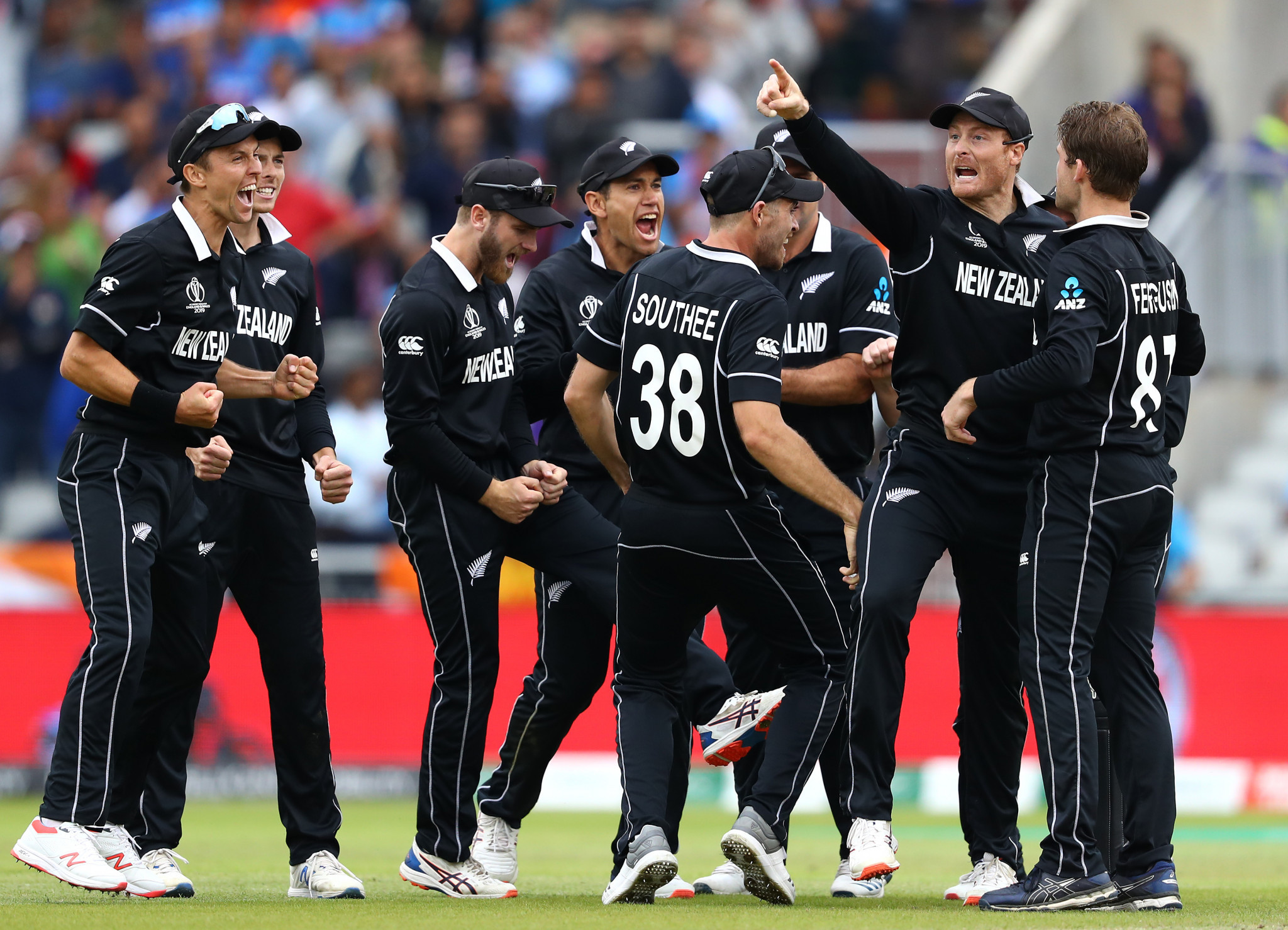 New Zealand reached the final of the International Cricket Council Men's World Cup as they survived a late rally from India's middle-order and held their nerve to complete a thrilling 18-run victory at Old Trafford in Manchester.

Resuming on 211-5 after yesterday's play was postponed because of rain, New Zealand finished their innings on 239-8 to set India 240 to win.

India were favourites to chase down the target but slumped to 5-3 and then 92-6 in pursuit of victory.

A defiant 77 off 59 balls from Ravindra Jadeja and a half-century from MS Dhoni revived India's fading hopes but their departures ended their chances of progressing to Sunday's (July 14) showpiece at Lord's as they were bowled out for 221.

New Zealand will play either defending champions Australia or hosts England, who are due to meet in the second semi-final at Edgbaston in Birmingham tomorrow.

The Black Caps added 28 runs from their overnight score off the last 3.5 overs to edge towards a challenging total following a tepid start to their innings.

India would have relished the opportunity to bat in better conditions but they got off to a catastrophic start as New Zealand's bowling attack thrived in swinging conditions and tore through the top order.

Dangerman Rohit Sharma, who hit five centuries before the semi-final, was caught behind by Tom Latham off the bowling of Matthew Henry.

Captain Virat Kohli was next to go as he was leg before wicket to Trent Boult before KL Rahul departed in similar fashion to Sharma to leave India in serious trouble at 5-3.

India were reduced to 24-4 and 92-6 before Jadeja and MS Dhoni dragged the two-time winners back into contention.

Jadeja, who had earlier produced two excellent pieces of fielding towards the end of New Zealand's innings, played a superb knock but holed out to New Zealand captain Kane Williamson in the deep with 37 runs required from 18 balls.

Dhoni, playing in what is expected to be his last World Cup, struck a huge six at the start of the 48th over before he was expertly run out by Martin Guptill for 50.

New Zealand cleaned up the rest of the Indian wickets, Henry finishing with figures of 3-37, to claim a shock victory.