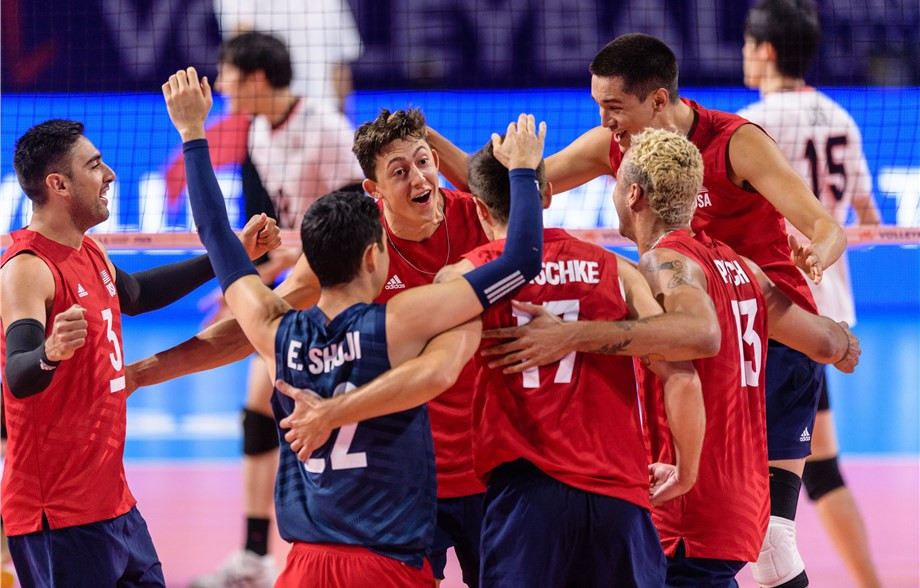 The International Volleyball Federation (FIVB) Men’s Nations League is set to reach its conclusion this week with the final round being held in Chicago.

Hosts the United States, last year’s bronze medallists, have been drawn into Pool A with defending champions Russia and 2018 silver medallists France.

Pool B, meanwhile, is made up of reigning Olympic champions Brazil, final-round rookies Iran and current world champions Poland.

The top two from each pool will then go through to the semi-finals on Saturday (July 13) before the final and third-place play-off are held on Sunday (July 14).

The event follows the preliminary round, which begun on May 31 and ended on June 30.

Tomorrow's matches are set to the US face France in Pool A and Brazil go up against Poland in Pool B.

As reported by the Tehran Times, FIVB President Ary Graça has apologised to the Iranian volleyball team after it was delayed for more than four hours at Chicago's O’Hare International Airport yesterday following a 30-hour flight.

The Islamic Republic of Iran Volleyball Federation immediately lodged a complaint to the FIVB over the incident, to which Graça has now responded.

Team USA do the #BottleCapChallenge! We put these players to the test before the start of the #VNL Finals.

"On behalf of the FIVB and entire volleyball family, I would like to apologise to Iran volleyball and we are really ashamed of what has happened in Chicago airport," he wrote in a letter, according to the Tehran Times.

"The FIVB worked very closely with various stakeholders, including the IOC (International Olympic Committee), USOC (United States Olympic Committee) and USAV (USA Volleyball) to ensure that the Iranian delegation would have a smooth entry procedure.

"We were shocked to find out what happened.

"I can assure you that the world federation will find a way to prevent 'such an incident' in the future.

"We wish the Iranian team the success in the 2019 Volleyball Nations League."

Graça, though, disputed the Iranian media version of the letter.

"The FIVB can confirm that FIVB President, Dr. Ary S. Graça F°, wrote to the President of the Iran Volleyball Federation simply expressing regret that this matter had even become an issue after the FIVB had gone to great lengths to help avoid any problems for the Iranian team entering Chicago O’Hare Airport," the International Federation said in a statement to insidethegames.

"President Graça also confirmed that the FIVB was seeking clarification on precisely what had happened.

"However he confirmed that he was pleased that the Iran team were all safely in their official accommodation.

"The FIVB is now drawing a line under this matter and as President Graça confirmed in his letter, the FIVB is looking forward to an exciting festival of world-class sport that will help showcase the very best of volleyball to the world."