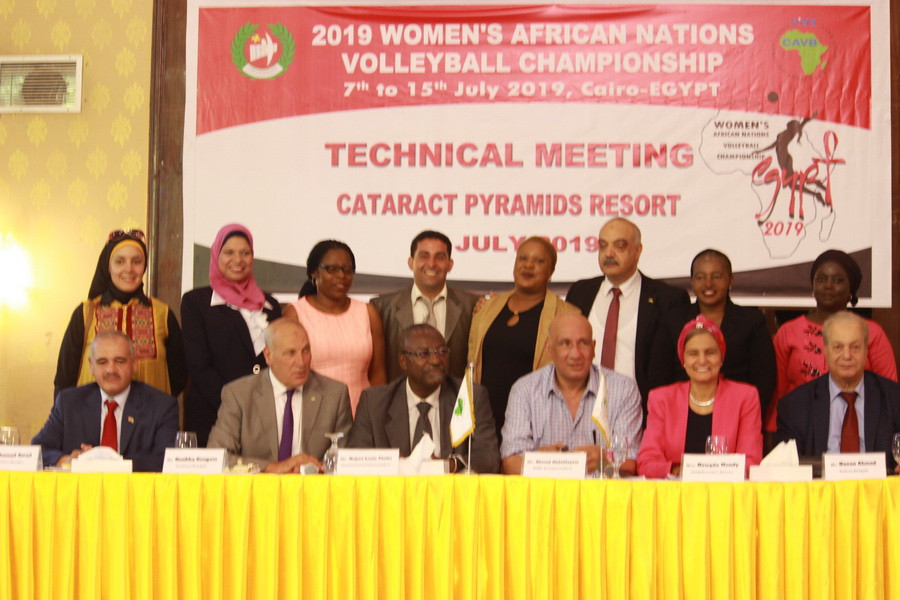 Seven teams will contest the Women's African Volleyball Championship from tomorrow after a number of countries failed to register for the event in Cairo.

Hosts Egypt will play in a three-team Pool A with Senegal and Morocco while defending champions Cameroon, nine-time winners Kenya, Botswana and Algeria will play in Pool B.

According to Xinhua, Tunisia, Ghana, Libya, Rwanda, Chad and Nigeria all failed to confirm their participation.

Democratic Republic of Congo and Lesotho had been expected to compete as of yesterday but neither made the final draw announced by organisers the Confederation of African Volleyball.

Cameroon won their maiden title on home soil in Yaounde last time out in 2017 as they whitewashed Kenya 3-0 in the final.

They enter this year's event at 6 October Hall as the highest-ranked side in the International Volleyball Federation standings, where they sit 17th.

Kenya, ranked at 20th, won five out of the six tournaments held since 2005 and are hopeful of a 10th continental success.

"We have been in Cairo for three days and the players have done well in training despite the high temperatures," said Kenyan coach Shailen Ramdoo.

"We are working on the speed of our game and we hope to get them in rhythm before our first match."

Egypt have won the event three times but not since 2003 while Algeria's sole triumph came in 1999.

Cameroon will play in the opening game against Botswana tomorrow before the second Pool B clash between Kenya and Algeria.

Senegal and Egypt will then meet in Pool A.

The top two sides in each group will reach the semi-finals with the final scheduled for Sunday (July 14).