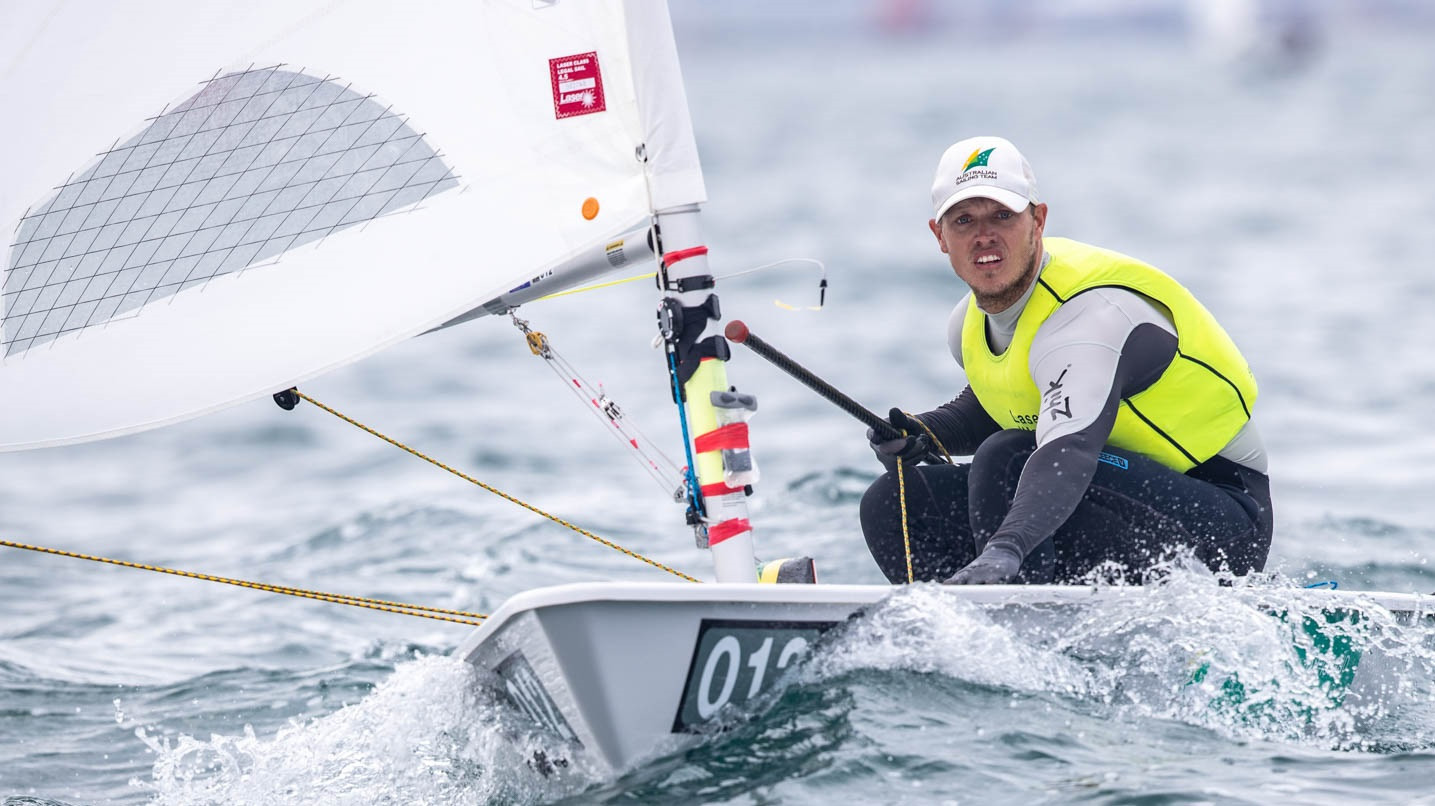 His lead is now 18 points after fifth and 13th place finishes from today's two races ‒ placing Burton on a total of 32.

The 13th place is currently discarded from his total as it is his second lowest finish so far after a 21st in the second race.

It means he likely only needs one finish inside the top 10 tomorrow to win the world title.

Today was the second day of Championship racing, following three days of qualification, which has seen the athletes split into gold, silver and bronze fleets with 52 boats in each.

Meech, the Rio 2016 bronze medallist, had a poor day and slipped from second to seventh after finishes of 39th and 21st left him on 59 points.

It means Burton's nearest challenger is now Bernaz Jean-Baptiste of France, who came second and then 11th today to end on 50 points.

Australia's Matthew Wearn is third after coming 30th in the first race but then winning the second to end on 52.

He has climbed up the rankings from his overnight placing of 17th.

Germany's William Nik was the day's other race winner as he triumphed on the first trip to the water, but he was only 40th second time around and is 23rd with 108 points.

Robert Scheidt, Brazil's two-time Olympic gold medallist, recorded finishes of 15th and 25th and is 12th overall with a tally of 71.

The last day of the Championship is tomorrow.

In addition to the quest to become world champion, five sailors will qualify their not already qualified countries for an entry in the men's one-person dinghy event at next year's Olympic Games in Tokyo.