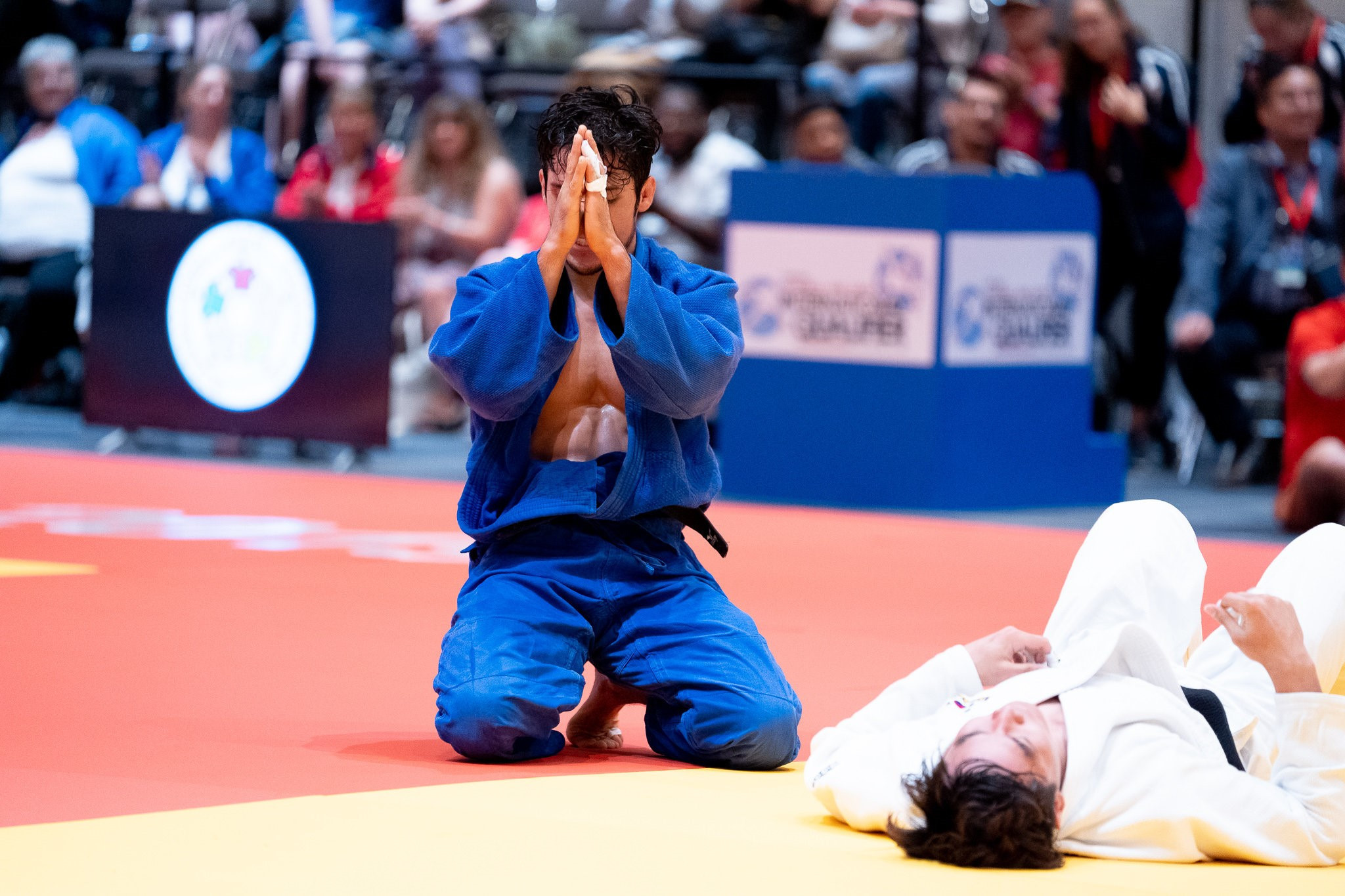 A gruelling golden score ended with victory for the Mexican against world champion Lee Jung-min of South Korea in the men's up to 81 kilograms final at Grand Wayne Convention Center.

Avila Sanchez was competing in only his second event after sustaining a severe back injury which meant he missed the 2018 IBSA World Championships.

It was a tense affair with both men evenly matched throughout.

Lee’s coach thought at one point his judoka had the edge, but the referee disagreed.

In the end it was Avila Sanchez who was awarded the point after Lee faltered, allowing a chance to flip him.

"I was in a very dangerous situation one year ago, but now I can dream again and I am here winning.

He was joined by Ukraine’s Dmytro Solovey.

In the men's up to 100kg final, a waza-ari and then ippon from Paralympic gold medallist Zviad Gogotchuri saw the Georgian maintain his unbeaten run.

Britain’s Christopher Skelley, the world number one heading into the competition, could do nothing against Gogotchuri’s technique.

Four-times Paralympic gold medallist Antônio Tenório of Brazil showed once again that he still has podium potential with bronze, while Cuba’s Isao Cruz Alonso stood alongside him.

Georgian newcomer Revaz Chikoidze delivered a shock in the men’s over-100kg final, grinding down South Korea’s Choi Gwang-geun, the Paralympic title holder in the men’s up to 100kg category, and forcing him to commit three shido.

Ukraine’s Oleksandr Nazarenko returned to the mat in the men’s up to 90kg division to claim his latest gold medal, defeating France’s Helios Latchoumanaya in the final.

In the women's over-70kg division, China’s Wang Hongyu grabbed the gold medal with a win by ippon over Brazil’s Rebeca Silva.

Judoka are in Fort Wayne to battle for world ranking points towards qualification for next year's Paralympic Games in Tokyo.

Action is due to conclude tomorrow with a day of team competition.