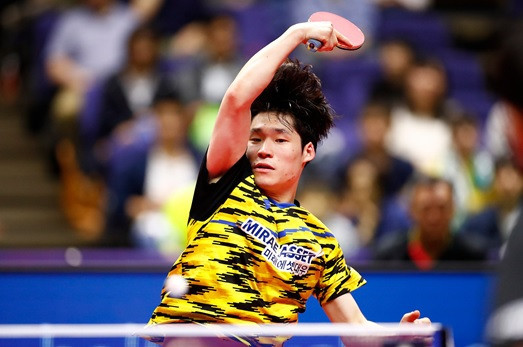 China's He Zhuojia set up a meeting with compatriot and top seed Ding Ning in the first round of the International Table Tennis Federation (ITTF) Korea Open after she came through qualification in Busan.

Her reward is a clash with Ding, the reigning Olympic champion who claimed bronze at the World Championships earlier this year.

Kato will take on 15th seed Jeon Ji-hee of South Korea in the first round tomorrow.

In the men's singles, top seed Fan Zhendong will take on fellow Chinese player Xu Chenhao in the opening round.

Xu Xin of China, this week confirmed as the world number one, starts his pursuit of a second consecutive ITTF World Tour triumph with a match against Yuki Hirano.

South Korean Jang Woo-jin will aim to repeat his success at the corresponding tournament last year, where he won the men's singles and doubles titles.

Jang begins his campaign by taking on Xue Fei of China.