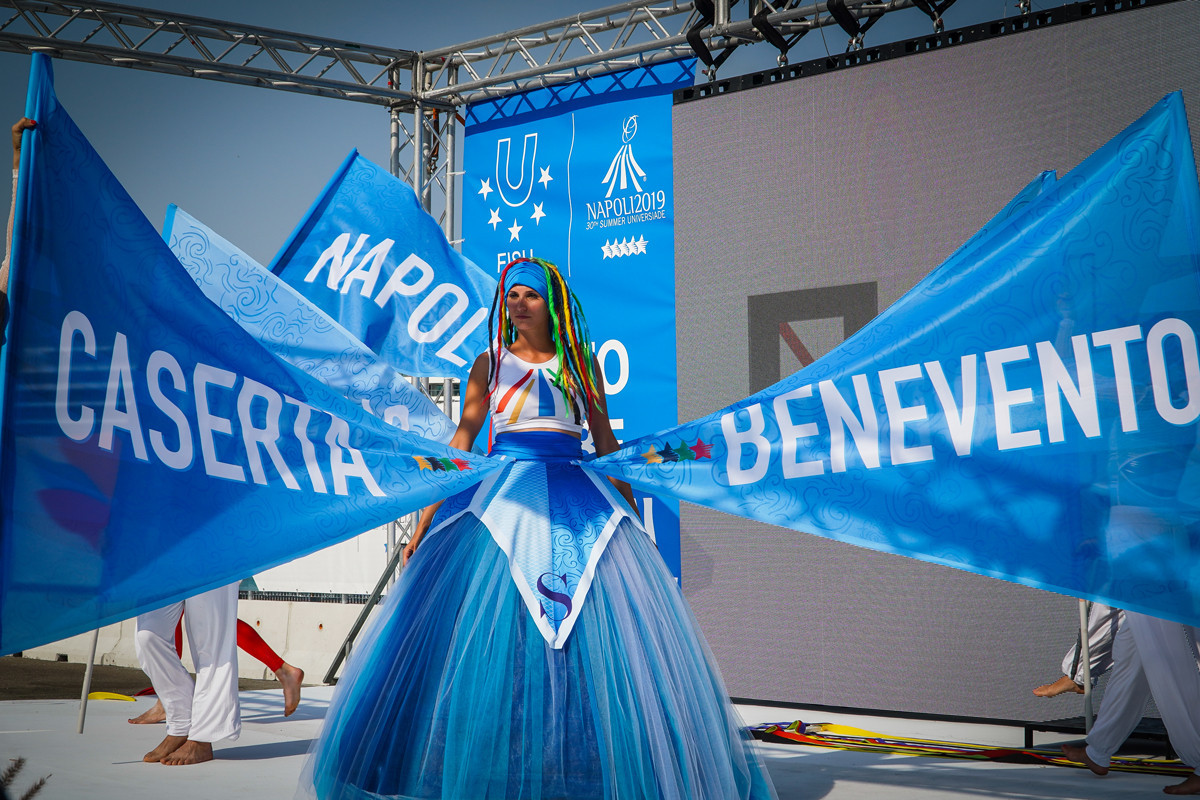 Naples is ready to welcome the Summer Universiade back to Italy as the multi-sport competition begins tomorrow in the same country it was first held in 60 years ago.

The first edition of the Summer Universiade took place in 1959 in Turin, with 985 athletes competing in all.

Now, 5,971 athletes have travelled to Naples 60 years on, ready to participate in the 30th edition of the event due to start with the Opening Ceremony tomorrow.

The hosts have the largest delegation, boasting a 437-strong team, while the United States and Russia are sending 371 and 275 athletes respectively.

Female competitors will represent Saudi Arabia for the first time, with Kosovo making its Universiade debut.

Monaco are the smallest delegation present, having sent just one team member.

Athletes are being housed in two cruise ships, MSC Lirica and Costa Victoria, anchored in the Port of Naples.

Both ships boast facilities such as a high-tech gym and restaurants.

Sporting action began today with qualifying events in diving, football and water polo, before the competition gets properly under way tomorrow with the Opening Ceremony at the San Paolo Stadium.

It will mark the start of 11 days of competition in 18 sports.

The first medals are due to awarded on Thursday (July 4) in diving, fencing, artistic gymnastics, judo, shooting and swimming.

This continues until Sunday (July 7), when the first of the taekwondo medal events take place.

The final medals are expected to be awarded in water polo on July 13 and 14.

Most venues are located in Naples but the nearby cities of Caserta, Benevento, Nocera Inferiore and Avellino are also playing host.

Naples 2019 has had less time to prepare for the event than normal, having stepped up to stage the competition only in May 2016 after original hosts Brasilia withdrew due to financial concerns in 2014.

The International University Sports Federation issued Naples 2019 a warning back in March after fundamental details regarding the event were still lacking, but the Organising Committee managed to speed up preparations over the past few months.

"We faced some difficulties and logistics unpredictability, but we are now happy that we are ready for the Universiade and the Opening Ceremony," Naples 2019 Special Commissioner Gianluca Basile said.