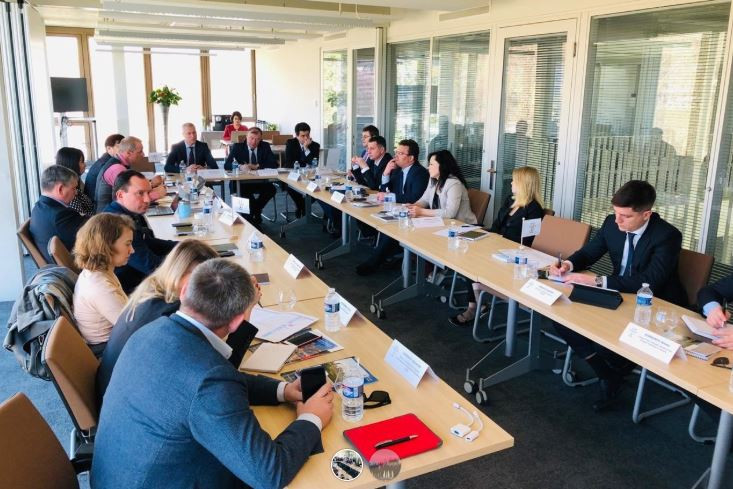 Alexander Chernov, director general of the Yekaterinburg Bid Committee, praised the Russian city’s strengths after it was confirmed as host for the 2023 Summer Universiade at the International University Sports Federation (FISU) Executive Committee meeting here yesterday.

The 12-day competition is due to take place from August 8 to 19 with two new sports – sambo and boxing – being added to the programme.

Chernov revealed the Bid Committee had worked closely with FISU to secure a strong candidature and was confident the city’s award would not be a decision they would regret.

"The Yekaterinburg budget for venues is mainly privately funded," he said.

"For example, the arena that will host the artistic and rhythmic gymnastics, to be delivered by 2022, is being funded through investment from business people.

"In our budget slides, we have to show the whole budget but there is no money from federal or regional levels that will be spent on venues.

"The (FISU) Executive Board understood what we were trying to achieve and there is no chance anyone will regret this decision."

During the final presentation, FISU Executive Committee members questioned whether the stadia for the Universiade would be ready on time, after Kazan, who hosted the 2013 Summer Universiade, struggled to complete their venues, despite being awarded the Games six years before the event.

Chernov explained that Kazan had six years to build all of it venues but that Yekaterinburg had 20 of its venues already functioning, with just eight to be built.

"Kazan had no facilities and we already have 20 stadia operational so we have by far a smaller job to do," he told FISU.

"Our infrastructure is also far better.

"Kazan started with nothing but delivered the bid and has become a modern and dynamic city.

"We don’t have as much time as Kazan but we are putting together a very professional and ambitious team and you can rely on us to deliver."

#Yekaterinburg was officially chosen as a host city of the 2023 Summer #Universiade⛹️‍♀️🤼‍♂️🤸‍♀️🏊‍♂️🏆 In the year of the 3⃣0⃣0⃣th anniversary of the Urals' capital🎂🎉🎆
📷by Boris Yarkov pic.twitter.com/MfBzDveSjT

FISU secretary general and chief executive Eric Saintrond claimed it was "a good day for Yekaterinburg and a good day for FISU" as he offered his congratulations to the Russian city.

He said: "It was important for us to confirm the hosts because there had been some doubts for the next Games.

"For 2021, we signed with Chengdu and they will offer a fantastic Games and now we have confirmed for Yekaterinburg."

Saintrond is confident the city will deliver as talks between Yekaterinburg 2023 and FISU have been ongoing for some time.

"We changed the bidding process," he said.

"We had one candidate and started to work with them.

"We reached an agreement with them and started to work on that basis, moving forward together."