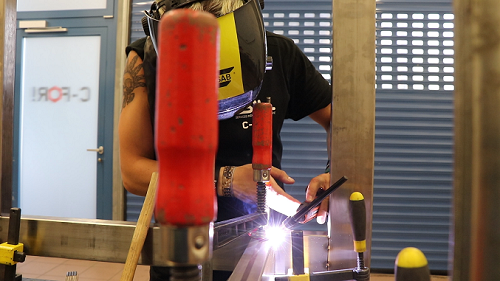 An eco-responsible fuel will be used to power the cauldron at next year's Winter Youth Olympic Games, Lausanne 2020 has announced.

In what will be a first for an Olympic Games, wood pellets will be used to provide the fuel for the flame.

Lausanne 2020 has enlisted the help of Lignum Vaud, the regional action community of Lignum Swiss Wood Economy, to design the Cauldron.

A team of thermal engineers, mechanical engineers and mechanics has developed a new technology which will make the flame fully autonomous for 24-hour cycles.

According to Lausanne 2020, this means burner will not need any external power supply to operate and will rely on the wood pellets for its fuel.

As soon as you find out what you are passionate about, you have to find the means to make a success of it - @SmithFanny, #Skicross World Champion, Olympic medallist, #Lausanne2020 ambassador pic.twitter.com/Ys0QiBGi6F

Lausanne 2020 claim the initiative shows its commitment to sustainability.

Traditionally, either solid or liquid fuel is used to power the flame.

The Olympic Cauldron for Lausanne 2020 has been designed by a group of students from the École cantonale d'art de Lausanne in discussions with the apprentices from the Ecole de la Construction and the C-For technical training centre.

A jury chose the winning design, while those not selected are due to be put on display at the Olympic Museum from October until the end of the Winter Youth Olympic Games on January 22.

The Lausanne 2020 Olympic cauldron will be lit at the Opening Ceremony on January 9 following its tour around Switzerland.