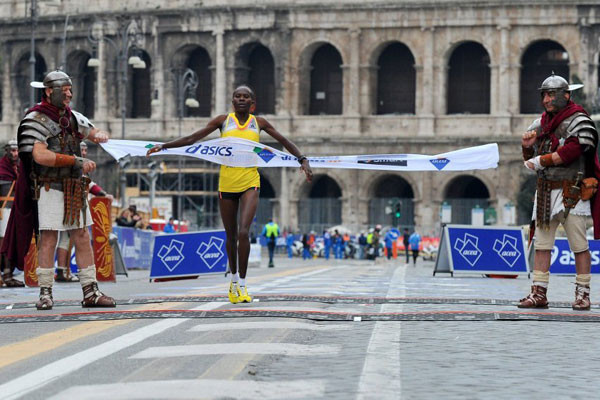 Salome Jerono Biwott has become the latest Kenyan athlete to be charged with an alleged doping offence by the Athletics Integrity Unit (AIU).

Biwott is facing a second doping ban of her career after testing positive for the banned substance norandrosterone.

Norandrosterone is a metabolite of the anabolic steroid nandrolone and bolandione, with the substance appearing on the World Anti-Doping Agency prohibited list.

The AIU have confirmed a charge has been issued against the Kenyan distance runner due to the presence of a prohibited substance.

The provisional suspension dates back to June 5.

Biwott had previously served a two-year doping ban from January 2013 to 2015 and could now be banned for life.

Her previous positive test was also for norandrosterone, which came after she had won the Nairobi Marathon in 2012.

Upon her return to the sport, Biwott achieved a personal best time of 2 hours 30min 47sec at the Hamburg Marathon in 2016.

The suspension of the 36-year-old Biwott, who had finished second at the São Paulo Marathon in April, is the latest blow to Kenyan athletics, with five athletes from the country now serving provisional suspensions.

A further 42 Kenyans are listed by the AIU as serving bans for doping offences, including two sanctions against athlete support personnel.

This came two days before he was due to compete at the London Marathon.

The country’s recent doping woes prompted WADA to investigate with a report outlining several concerns over the structures in place.

WADA claimed, however, that there had been no evidence of institutionalised doping.