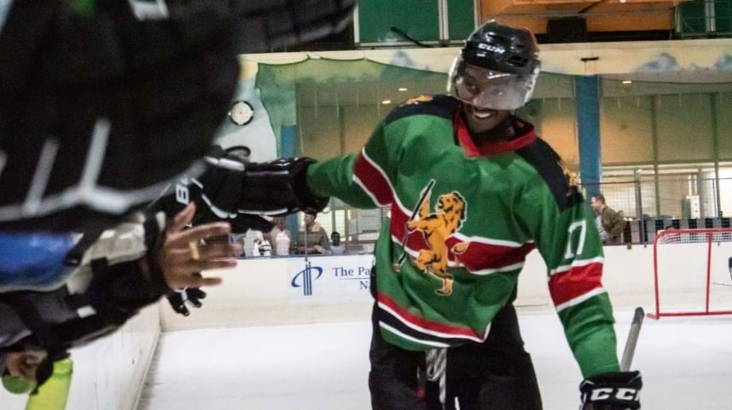 Kenya hosted the inaugural Madaraka Day Cup in Nairobi, marking another milestone for ice hockey in the country.

The first international ice hockey tournament staged in the capital city saw local team Kenya Ice Lions face sides made up of members of embassies and Non-Governmental Organisations from Canada, Europe and the United States.

At the end of an action-packed weekend at Panari Hotel, the US were crowned the winners.

The final ended 10-9 after sudden death in overtime against Kenya Ice Lions.

Kyle McCarter, the US Ambassador to Kenya, performed a ceremonial face-off in the last game and awarded the trophy.

Due to the size of the rink, the games were played three-on-three with goaltenders.

Player Rob Ao Opiyo, who was involved in the Organising Committee of the tournament, claims it is important for Kenya to become a member of the International Ice Hockey Federation and that steps are being taken in that direction.

"We are in the process of registering our federation and we are experiencing a couple of hurdles, but we do have a strong desire to become a part of the international ice hockey family and we are working our way to it," he said.

"We beat the expat Canadians, that was a great feeling, but we lost to the Americans.

"But overall the tournament was a great success.

"We definitely want more of that."

Madaraka Day is a national holiday celebrated on June 1 of each year.

It commemorates Kenya’s anniversary of gaining internal self-rule from the United Kingdom.

Madaraka translates as "power" or "responsibility" in the local language.