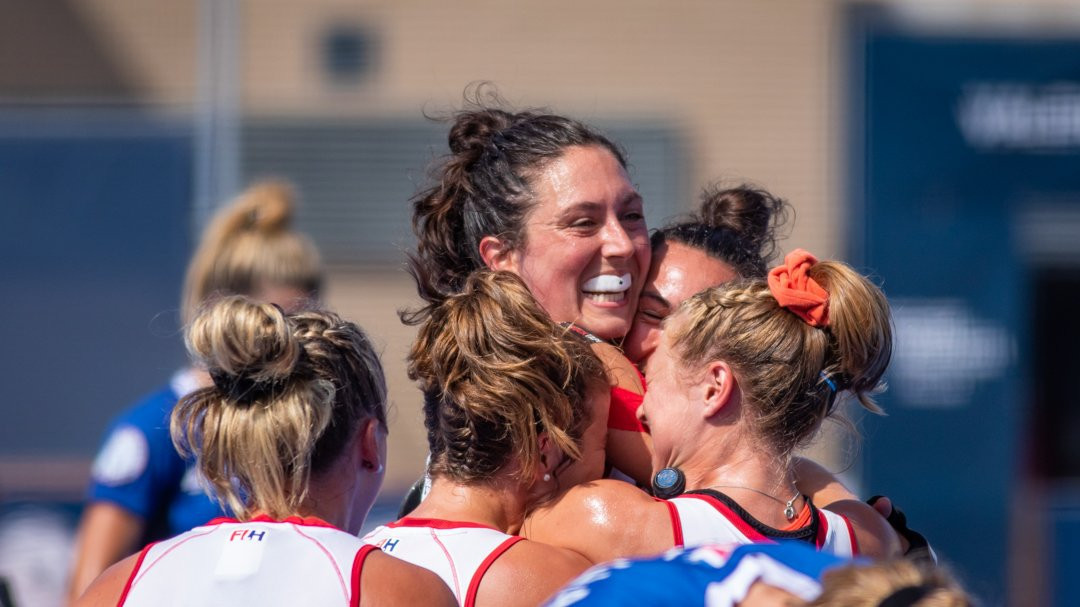 Canada and hosts Spain will battle it out for glory at the International Hockey Federation (FIH) Series Finals event in Valencia after both teams came through their last-four encounters today.

The wins also earned the two sides tickets to the FIH Olympic qualifiers later this year.

Also getting their name on the scoresheet for the North Americans, who recently re-located to Belgium to compete in the strong club league and play a number of matches against tough European opposition, were Sara McManus, Brienne Stairs and Hannah Haughn.

"This moment means everything," Haughn said.

"We’ve moved to Belgium, we’ve moved from our partners and homes, and we have lost our funding.

"So this moment for us means everything.

"We have come through the highs and lows and come out on top."

Later in the day, Spain edged South Africa 1-0 to book their place in the final.

"It doesn't matter who scores the goal," García said.

"All that matters is that we won and we are going to the Olympic qualifiers.

"We always knew South Africa would be a very tough opponent.

"That was a very tough match and I am so pleased that we won."

The final is scheduled to take place tomorrow evening.

It will be preceded by the third-place play-off between Italy and South Africa.